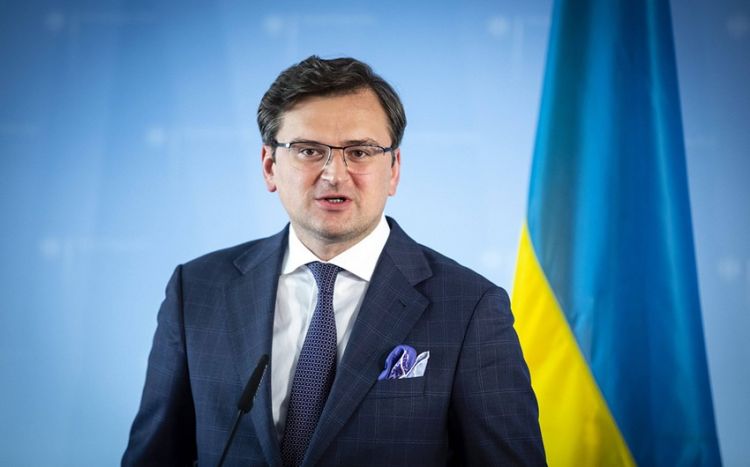 Jeyhun Bayramov noted that for the last 30 years of Azerbaijani-Ukrainian relations, which developed on the basis of mutual interests and rose to a strategic level, strengthened in the political, economic, trade, cultural and humanitarian spheres.

It was emphasized that Azerbaijan and Ukraine support the territorial integrity of each other, adhering to the principle of inviolability of internationally recognized borders.

Bayramov noted that the current level of relations between the two countries is based on the will of their peoples and the heads of state. In this regard, the visit of the President of Azerbaijan Ilham Aliyev to Ukraine on January 14, 2022, on the eve of the 30th anniversary of the establishment of diplomatic relations, was highlighted as an indicator of the importance attached to bilateral relations.

In turn, Dmitro Kuleba, noting that Azerbaijan remains a reliable strategic partner for Ukraine, expressed confidence that Ukrainian-Azerbaijani cooperation would continue to develop effectively on the basis of trust and mutual understanding.

The ministers congratulated each other and wished the two friendly peoples peace and prosperity.