Azerbaijan-Ukrainian strategic partnership based on preserving peace in the region - MP - ednews.net 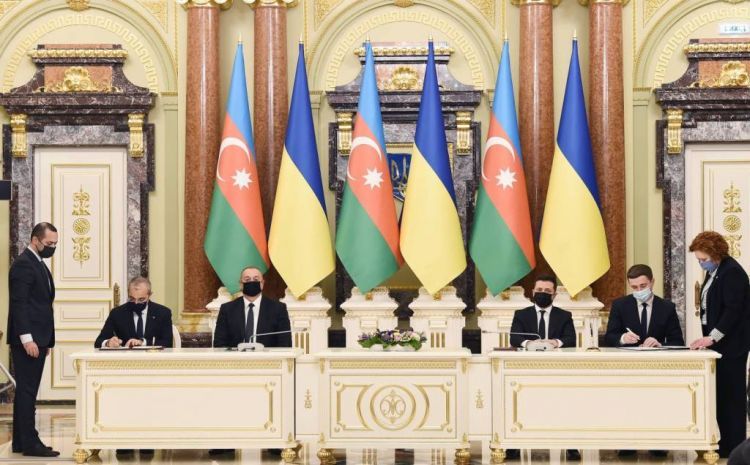 “Azerbaijan-Ukrainian relations are based on strategic partnership. The position of the two countries on the fundamental issues coincide each other. First of all, both countries stress the importance of preserving the norms and principles of international law in bilateral relations. Azerbaijan recognizes the territorial integrity, sovereignty and internationally recognized borders of Ukraine. Our country has opely supported Ukraine in all regional and international conferences. Ukraine also demonstrates a same attitude to our country.

The statement came from Elman Nasirov, MP, member of the committee on International and Inter-parliamentary relations, while he was commenting on Azerbaijan-Ukrainian relations.

"The signed joint statement confirms that bilateral relations cover all areas, including dynamic development. I would also like to note that Azerbaijan cooperates with Ukraine in the fields of agriculture and food security”.

Elman Nasirov stressed the special role of Ukraine in the victory of the Azerbaijani army over the Armenian aggressors in the 44-day war.

"At the same time, Ukraine and Azerbaijan have strong military-technical cooperation. Ukraine has played an important role in providing the Azerbaijani army with modern weapons and developing the country's military industry.

In conclusion, Elman Nasirov touched upon the rise of tension in Ukrainian-Russian relations.

"Azerbaijan is demonstrating a principled and fair position to this conflict at a time of growing tension between the two countries. Our country has a strategic partnership with both Ukraine and Russia. In this case, Azerbaijan supports the solution of the conflict in the region through peace and diplomacy”.