Chinese Embassy in UK condemns wrong remarks on Taiwan by members of House of Lords - ednews.net 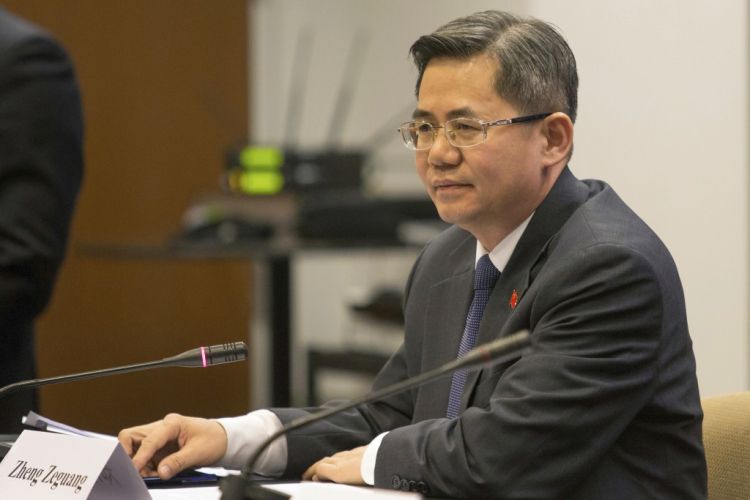 The Chinese Embassy in the UK Saturday strongly condemned the comparison between Taiwan and Ukraine made by some members of the House of Lords of the UK, calling it ignorant and a willful attempt to undermine China's sovereignty and unity.
The Grand Committee of the House of Lords of the UK held a debate on the "support for democracy in Taiwan" on March 3. During the debate some members referred to Taiwan as "the Ukraine of the Far East" and encouraged the UK government to provide strong support and protection to Taiwan, media reports said.
The Taiwan question is purely China's internal affairs. It bears on China's core interests and brooks no external interference. No one should underestimate the strong determination, resolve, and capability of the Chinese people in safeguarding the nation's sovereignty and territorial integrity, the embassy spokesperson said in a statement released on Saturday.
The spokesperson emphasized that there is but one China in the world. Taiwan is an inseparable part of the Chinese territory. The one-China principle is the extensive consensus of the international community and a widely-recognized norm governing international relations.
The embassy reiterated in the statement that relevant politicians from the UK should stop "playing with fire" on the Taiwan question. They should stop engaging in anti-China manipulation and interfering in China's internal affairs, the embassy said.