Director General for the Persian Gulf Affairs of the Iranian Foreign Ministry Alireza Enayati has highlighted achievements of President Ebrahim Raisi's administration in expanding and reestablishing ties with regional states. 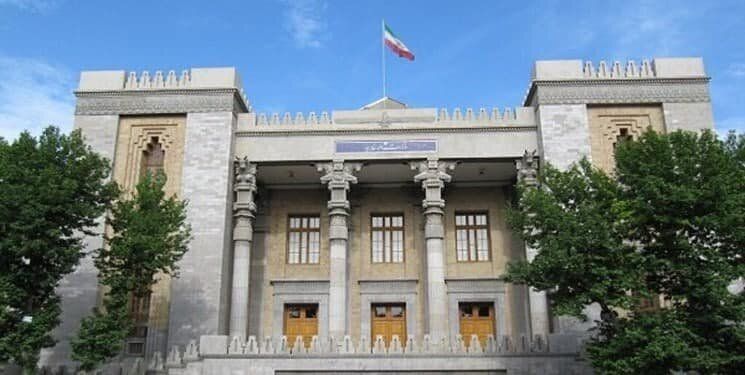 Enayati told IRNA in an exclusive interview that President Raisi's trip to Qatar has been his first visit to littoral states of the Persian Gulf region, indicating that the Islamic Republic prioritizes good neighborliness and development of cooperation with neighboring states.
– Iran-Qatar ties
Discussions between Qatari Emir and Iranian president would pave the way for increase of economic, trade, security, political, cultural, and social relationship between Doha and Tehran, he added.
The president also paid the trip to Doha in order to take part in a summit of the Gas Exporting Countries Forum (GECF), the diplomat said, adding that Raisi attended two important meetings with Qatari and Iranian businessmen.
Referring to the fact that Qatar and Iran possess huge gas reserves, he noted that the issue of gas can turn into a joint field for collaborations between the two nations.
Doha and Tehran have kicked off negotiations on connecting electricity networks, Enayati said, noting that Iran's Tavanir Company and Qatar's Kahramaa Corporation signed an agreement during the visit by President Raisi.
Moreover, Qatari and Iranian officials inked 14 documents to bolster all-out ties, he said, arguing that this is the first time that the two countries show eagerness to expand cooperation to that extent.
One of the main political documents signed during the trip was an agreement to implement visa waiver between the two sides, which will become operational following official ratification in both states, he mentioned.
According to the diplomat, Iranian and Qatari officials also inked documents to enhance scientific, cultural, and youth cooperation.
– Inviting Raisi to visit Oman
The Director General for the Persian Gulf Affairs of the Iranian Foreign Ministry went on to say that Omani Sultan Haitham bin Tariq Al Said has sent a message to Iran, inviting President Raisi to visit the Arab country.
Sayyid Badr Albusaidi, the foreign minister of Oman, handed over the message to President Raisi, Enayati said, expressing hope that such meetings will develop at different levels to consolidate relations.
Of course the visits are not restricted to high-ranking officials' trips because cabinet members pay visits to neighboring states; however, presidents' meetings will play key role in enhancing bilateral and multilateral relationships.
– Ruling out selective behavior
The Islamic Republic does not discriminate among littoral states of the Persian Gulf because Tehran does not have any limitation when it comes to expanding relationship with neighboring countries, he said.
The diplomat also noted that Iran is keen on deepening regional cooperation namely the 10 billion dollar exchanges with Iraq.
– Regional dialogue
Iran has proposed an initiative, named Hormuz peace plan, with the aim of underlining the need for regional dialogue to promote intraregional peace coordination.
– Iran-Saudi ties
The aide for Iranian FM also pointed to talks between Saudi Arabia and Iran, noting that both sides have held four rounds of negotiations in Baghdad, Iraq.
Emphasizing on the importance of talks between Riyadh and Tehran, he expressed hope that direct talks can pave the ground for resolving misunderstandings and minimizing differences between the two sides.
– Concerns on Zionists' regional presence
The Zionist regime's attempt to normalize ties with certain regional states is one of the important issues, which seems to be a source of threat against security in the region, he said.
The regime has a long history of sabotaging security, destroying countries, and massacring women and children so such a regime cannot help boost security and development, Enayati concluded.