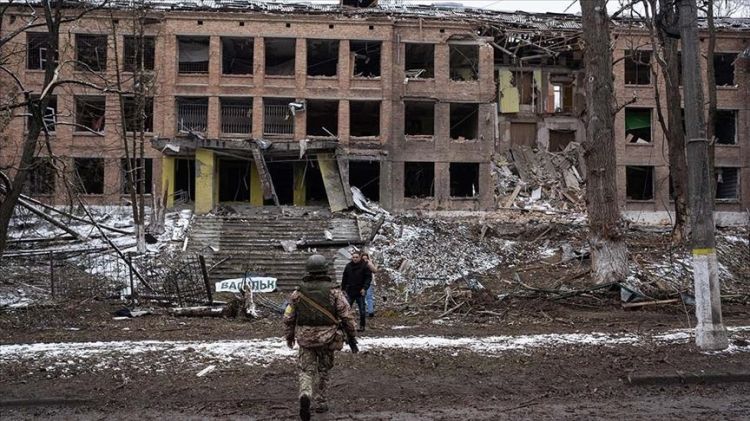 The world is waiting for a high-level tripartite meeting between Turkiye, Russia, and Ukraine, which will take place on Thursday in southern Antalya province as part of Turkiye's efforts to mediate between the warring countries, Ednews reports citing Anadolu Agency.

Turkish Foreign Minister Mevlut Cavusoglu announced the meeting between Russian Foreign Minister Sergey Lavrov and his Ukrainian counterpart Dmytro Kuleba on Monday, saying, "We will hold this meeting in a tripartite format in Antalya on Thursday, March 10."

He will attend the meeting since both leaders have requested his presence, the minister said, adding that it will bring high-level Russian and Ukrainian officials together for the first time since the war began on Feb. 24.

Expressing hope that the meeting would be a "turning point" and "important step" towards peace and stability, the Turkish foreign minister said Ankara will "continue to make efforts for a lasting peace."

Since Russia launched its attack on Ukraine, Turkiye has been participating in active diplomatic efforts to bring the relevant parties together, Cavusoglu said, adding that President Recep Tayyip Erdogan has made 19 phone calls to his counterparts.

"I also made about 40 (phone) calls," the minister added.

According to the minister, Kuleba desired a direct meeting between President Volodymyr Zelenskyy and his Russian counterpart Vladimir Putin because the latter "takes the final decisions."

The Russian and Ukrainian delegations have met three times in the Belarussian city of Brest, the most recent on Monday.

Moscow's delegation was led by Russian presidential adviser Vladimir Medinsky, while Kyiv was led by Mikhail Podolyak, adviser to Zelenskyy.

Following the meeting, Podolyak stated on Twitter that the talks resulted in "small positive" steps in developing humanitarian corridors.

Officials accredited a total of 334 local and foreign journalists of various media organizations from 34 countries.

These include Ukraine and Russia, as well as the US, Britain, Germany, Israel, Japan, Canada, the Netherlands, and China.

150 members of the foreign press are attending the meeting, while 184 journalists from Turkiye have been accredited.

Positions on both sides

Moscow has various conditions to end the war in Ukraine.

It wants Ukraine to amend its Constitution to state unequivocally that Kyiv will not join any alliance and that Crimea is Russian territory.

In February 2019, Ukraine's parliament approved amendments to the Constitution that enshrine Ukraine's desire to join NATO.

Kyiv wants the war on its territory to end and Russian troops to completely withdraw from Ukrainian soil, including Crimea and Donbas.

The first round of negotiations took place on Feb. 28 in Gomel, Belarus, near the Ukrainian border, and lasted five hours.

Russia announced early on Monday that it would declare a "temporary" cease-fire in the Ukrainian capital Kyiv and the cities of Mariupol, Kharkiv, and Sumy from 10 a.m. local time (0700GMT) to ensure the evacuation of civilians.

Since Russia began its war against Ukraine on Feb. 24, it has drawn international condemnation, led to financial sanctions on Moscow, and spurred an exodus of global companies from Russia.

At least 406 civilians have been killed and 801 others injured in Ukraine since the beginning of the war, according to UN figures.

More than two million people have also fled to neighboring countries as of Tuesday, the UN Refugee Agency said.