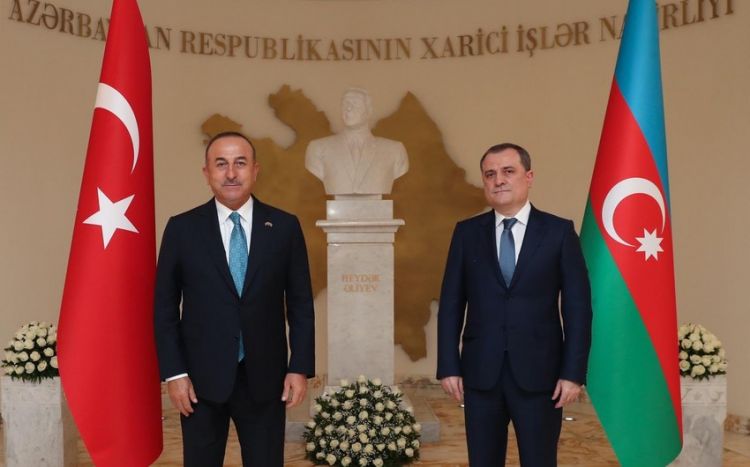 In a telephone conversation, the ministers exchanged views on the current situation in the region, including issues surrounding Ukraine, the report added.

The parties also discussed other issues of mutual interest.

On June 15, Azerbaijan and Turkey signed the Shusha Declaration on Allied Relations, during Erdogan’s first official visit to Shusha, eight months after Azerbaijan’s victory in the war with Armenia in 2020. The document focuses on defence cooperation, promoting regional stability and prosperity, and establishing new transportation routes.

Azerbaijan and Turkey cooperate in various fields of economy and have jointly completed giant energy and infrastructure projects such as Baku-Tbilisi-Ceyhan, Baku-Tbilisi-Kars, and TANAP.

Azerbaijan and Turkey periodically hold joint drills to improve interaction and communication between their army units. In 2021 number of joint drills took place with the participation of servicemen of the two countries.