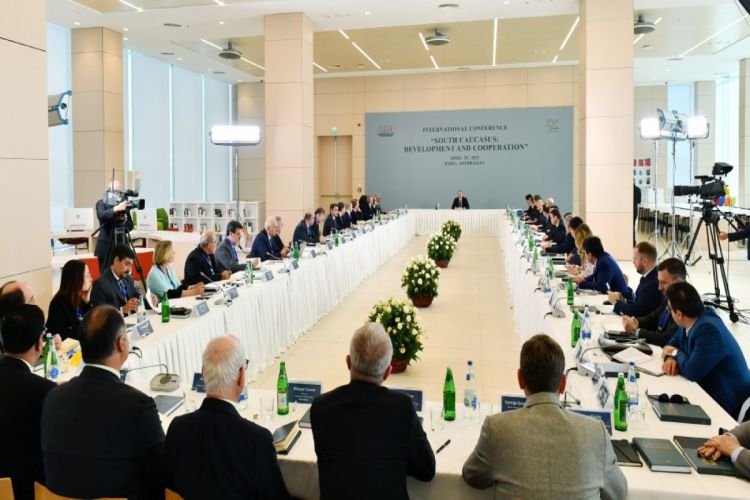 “We have heard that the Armenian government has announced peace agenda. It is a very important issue. At the same time, we should do concrete works, and measures. I think that currently, we are conducting these measures, various statements are being put forward by the Armenian government,” President of Azerbaijan Ilham Aliyev said during the meeting with representatives of foreign think tanks, who took part in the 'South Caucasus Development and Cooperation' international conference in Shusha, APA reports.

The head of state noted that these statements are based on new realities, and without a doubt on international principles of law, that we have always promoted these principles: “Since the realities changed, these realities are already being accepted by mediators