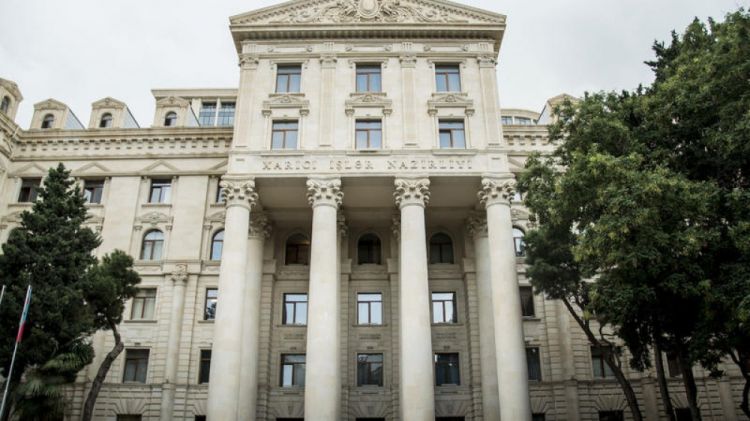 "In general, reference to prehistoric history and mythology is not a common practice in interstate relations. Such an approach from the neighboring Armenian Foreign Minister is one of those rare cases we encounter, Spokesperson for Azerbaijani MFA, Leyla Abdullayeva informs.

"If we return to seriousness, as noted by the President of Azerbaijan, the use of relevant maps in the process of delimitation of borders will be part of the negotiations of joint border commissions, and we will use all maps that have a legal basis," she said.

Notably, Armenian Foreign Minister Ararat Mirzoyan gave an excursion to ancient history while commenting on the statements of the President of the Republic of Azerbaijan on the maps that can be used as a basis for the delimitation of borders.