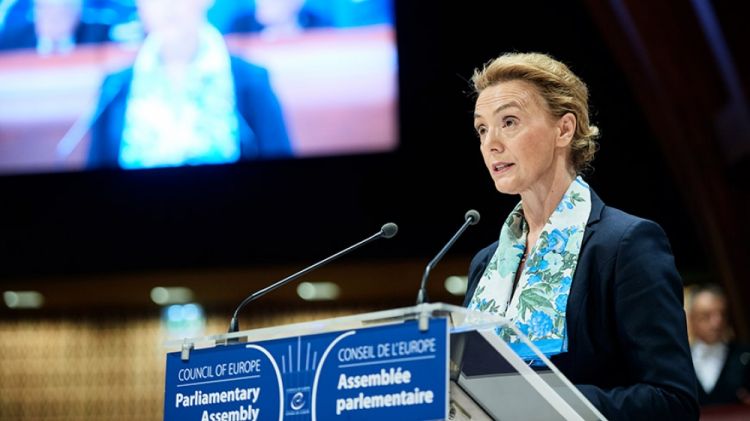 Azerbaijan is one of the countries actively combating violence against women, Secretary General of the Council of Europe Marija Pejčinović Burić.

Burić was speaking via videoconferencing at an event dedicated to the role of parliaments in combating violence against women and domestic, which was held in Baku on Thursday, News.Az reports.

The secretary general said she hopes Azerbaijan will soon join the Istanbul Convention, ratified by 35 countries.

She praised the productive cooperation between the EU and Azerbaijan in preventing violence against women and domestic violence.