“Shusha Declaration is an important document that shows that our multifaceted relations are at the highest peak” - President - ednews.net 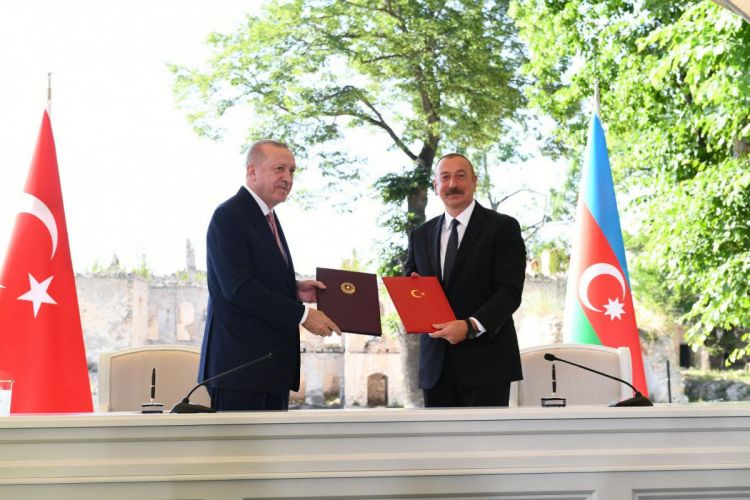 “Shusha Declaration is an important document that shows that our multifaceted relations are at the highest peak,” the letter of Azerbaijani President Ilham Aliyev addressed to the participants of international conference on Azerbaijan-Turkiye strategic alliance is a source of peace and stability for the Caucasus and the region reads, APA reports.

The head of state noted that Shsuha declaration signed 100 years after the Kars treaty, along with based on our common history, reflects modern realities, as well as determines strategic directions of existing and future cooperation between Azerbaijan and Turkiye: “ Implementation of commitments arising from the declaration, serves to deepen of cooperation covering various fields between our countries, regional integration, and security, at the same time, it contributes the growth of national power of Azerbaijan and Turkiye, further strengthening of its position as the owner of the word and authority in the world.

It is a matter of pride that Azerbaijan and Turkiye are the closest countries from a moral and political point of view on a global scale. There are many aspects that unite us: history, culture, ethnic roots, language, religion, national values, national interests, and the brotherhood of our people. All of these ensure our unshakable unity. Today, Azerbaijan and Turkiye are a unique example of an alliance determined by common political will and joint action to achieve future goals.”