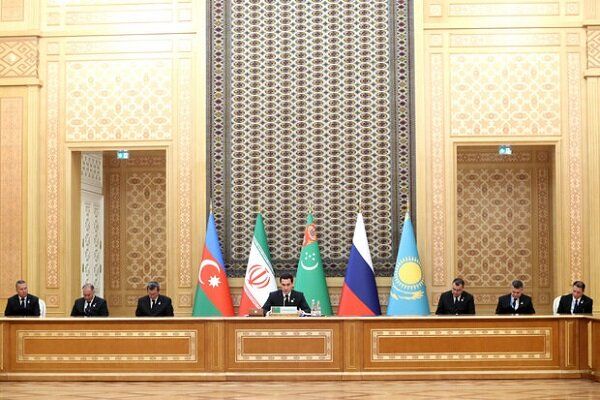 The presidents of five Caspian Sea littoral states discussed the most important issues of five-party cooperation in the Caspian Sea as well as regional and international issues of mutual interests.

The Presidents of five Caspian Sea littoral states stressed the importance of the decisions of Caspian Summit held in Ashgabat (2002), Tehran (2007), Baku (2010), Astrakhan (2014) and Aktau (2018). They emphasized their effective implementation.

While reaffirming their commitments to the principles and standards of the UN Charter and international law, given the growing role of the Caspian Sea region in the world, they expressed their readiness to maintain regional security and stability, strengthen mutually beneficial economic cooperation, ensure environmental security, and develop cultural, humanitarian and scientific relations as well as other issues of cooperation.

Participants at the 6th Caspian Sea Summit thanked Republic of Turkmenistan for hosting the Summit and its hospitality.

It was agreed that the Seventh edition of the Caspian Sea Summit would be held in the Islamic Republic of Iran.