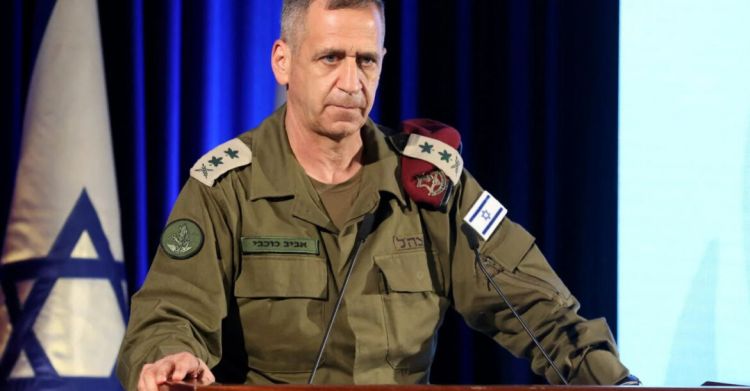 Israel and Morocco strengthened military ties during meetings Tuesday between the Jewish state’s army chief and Moroccan defense officials in the kingdom, amid tension with Rabat’s rival Algeria.
Israeli army chief Aviv Kohavi, who arrived Monday, met with the Inspector General of the Royal Armed Forces Belkhir El Farouk, an Israeli army statement said.
He also met with Morocco’s minister delegate in charge of defense administration, Abdellatif Loudiyi, and intelligence chief Brahim Hassani, it added.
It is the first official visit of an Israeli army chief to the North African kingdom.
During the discussions, the Moroccan side noted its “interest in jointly setting up industrial defense projects in Morocco,” the kingdom’s army chief said in a statement.
“The meetings discussed opportunities for military cooperation, both in exercises and training, as well as in the operational and intelligence fields,” a statement said.
Morocco cut relations with Israel in 2000 following the outbreak of the second Palestinian intifada but re-established ties two decades later in a deal that saw Washington recognize Rabat’s sovereignty over the disputed Western Sahara.
Since then, a steady stream of Moroccan and Israeli officials have visited each other’s countries and signed cooperation deals in various fields.
They have included Israeli Defense Minister Benny Gantz, who on a visit to the kingdom in November last year signed a security agreement making it easier for Rabat to acquire high-tech exports from Israel’s defense industry.
Last month, Israeli military observers for the first time attended the annual “African Lion” military exercise — vast drills involving thousands of personnel from several nations, co-organized by Morocco and the United States.
And in March, an Israeli army delegation met with Moroccan officers in Rabat, in the first visit of its kind since the 2020 normalization deal, signing a military cooperation agreement.
The North African kingdom’s mending of relations with Israel re-ignited its long-standing rivalry with Algeria, which in August last year cut diplomatic ties with Rabat.
Algiers cited “hostile acts” and Morocco’s relations — including on military and security issues — with “the Zionist entity,” referring to Israel.
Morocco considers the Western Sahara an integral part of the kingdom, while the Algeria-backed Polisario Front has long demanded an independence referendum there.