Keeping a Lid on Nationalism - ednews.net

Keeping a Lid on Nationalism 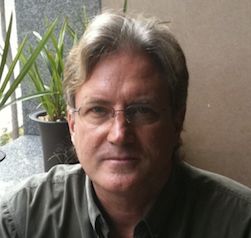 The tragic shooting death of Japan’s former Prime Minister Abe Shinzo shocked the world and may yet prove to have unanticipated aftershocks, but for the moment, the sense of a more widespread instability has passed and the gruesome event itself has faded from the world media almost as quickly as it appeared.
Nations friendly and not-so-friendly to Japan alike responded with boilerplate statements of shock and condolence.
Chinese television coverage was especially muted and minimal, but there wasn’t much coverage in the U.S., either. Even Japan’s NHK was cautious in its coverage, partly in deference to the Upper House elections that were underway at the time.
After a few days had passed one would be hard pressed to find any sustained coverage of the crime and its implications in the press outside of Japan. Even in Japan itself, only the tabloids are tackling the suspect’s connections to the South Korea-based Unification Church.
There are times when the playing down of bad news is probably a good thing. In his hyper-connected, meme-washed world of instant internet angst, there’s always the danger that over-reaction to an unfortunate event will itself bring misfortune in the reactions it provokes. If, for example, a conspiracy is imagined, let alone detected, the stakes get much higher and entire nations can become entangled with hatred and strife.
Chinese nationalists, fired up by the films, TV shows and partisan screeds highlighting the abject humiliation of Japan’s war of invasion in the middle of the last century, were not content to let the tragic denouement of Abe’s career go unremarked upon.
Tone-deaf expressions of glee, calls for celebration, even opportunistic merchants offering two-for-one deals and disco events celebrating his demise were reported in the Western media.
The issue was problematic enough for China’s state media to address the unseemly behavior, with the Global Times taking the lead in an odd plea for understanding:
“Chinese people’s reaction to Abe’s death is real.”
There was some massaging of the message in the U.S. media as well. Both Twitter and Facebook deleted televised images of the shooting. Abe’s abrupt collapse onto the pavement was cut in deference to the deceased. Assassinations touch on a third rail of American politics. JFK in Dallas in 1963 comes to mind, but there are many lesser known gun tragedies as well.
Perhaps the greatest irony from the American point of view, where senseless shootings and the struggle to impose greater controls on guns is daily news fare, is that Japan, a country that reported only a single shooting death in 2021, should lose its most prominent politician to an assassin’s bullet.
Most Americans would be hard-pressed to name the current Japanese Prime Minister, or his many predecessors, but Abe had some name recognition due his vaunted buddy relationship with Donald Trump. He visited president-elect Trump at Trump Towers and they later shared hamburgers at Mar-a-Lago and again in Japan.
But Abe’s passing was but a sidebar in U.S. news. With so much other news to contend with, between domestic controversies and foreign wars, the killing was registered with shock but it was not a topic to dwell upon.
By contrast, in China, the late Abe Shinzo was not only well-known but has long loomed as a provocative figure. A self-described opponent of communism, Abe liked to whitewash Japan’s wartime past in hopes that Japan would be seen as “a beautiful country.”
The Sino-Japanese perception gap was palpable when I conducted research on Chinese television as an Abe Fellow in 2014. The fellowship, administered in the U.S. by the Social Science Research Council, was established by Abe Shinzo’s father Shintaro, but the son was Prime Minister at the time. Suffice to say, it closed as many doors in China as it opened doors to research in Japan.
In the days following the July 8 shooting, China’s media coverage of Abe’s death and legacy was notably muted. This partly reflects the difficulty of lauding the life of a man who took positions diametrically opposed to Beijing. Abe’s visits to the militant Yasukuni Shrine in Tokyo are not easily forgotten, nor did his push to rewrite Japan’s history of invasion, ostensibly to polish the image of his grandfather Kishi Nobusuke, an indicted war criminal, win him many friends outside Japan.
But the lessons of peacetime also demonstrate that nationalistic outrage, once let out of the bottle is hard to keep a lid on. The same citizens who take up the torch of protest today can go rogue on their own government tomorrow if it fails to respond as expected.
More often than not, looking at the swings in Sino-Japanese relations over Abe’s prime years in power, Chinese government rhetoric, while opportunistically strident at times, has been more moderate than the voices on the street.