Daily news
Germany resumes military flights to Mali after spat over flight clearances
Forest fires near Galaalti extinguished
Fulham hold talks over a move for Justin Kluivert on an initial loan deal with a £10m option to buy
NASA 'going full force' to gear up for UFO study
Human remains found in suitcases were of 2 children: New Zealand police
2022 has been year of political scandals in Europe, US
Russian attack on Ukraine’s Kharkiv kills 7 - Mayor says
Several dead, missing after flash floods in northwest China 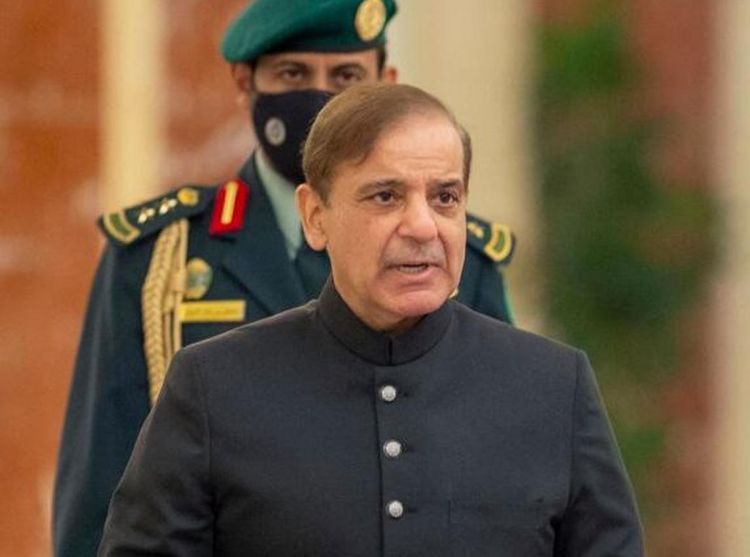 Pakistan PM Shehbaz Sharif and his sons Hamza and Suleman were booked by the Federal Investigation Agency in November 2020 under various sections of the Prevention of Corruption Act and Anti-Money Laundering Act.
A special Pakistani court on July 30 summoned Prime Minister Shehbaz Sharif and his son Hamza Shehbaz on September 7 for the framing of charges against them in a ₹16 billion money-laundering case.
Shehbaz, 70, and his sons Hamza, 47, and Suleman, 40, were booked by the Federal Investigation Agency (FIA) in November 2020 under various sections of the Prevention of Corruption Act and Anti-Money Laundering Act.
The case is being heard by a special court in Lahore, which already granted pre-arrest bails to both father and son. Both Shehbaz and Hamza were absent during the hearing as their lawyers requested for a one-time exemption on their behalf.
Shehbaz’s lawyer Amjad Pervaiz told the court that he had been advised against travelling as he was not well. Hamza’s lawyer Rao Aurangzeb said his client had severe back pain and needed rest. FIA Prosecutor Farooq Bajwa did not object to the exemption, which was granted by the court.
The prosecutor told the court that they had obtained the record of 19 bank accounts of Suleman Shehbaz, the second son of Prime Minister Shehbaz while the record of another seven was yet to be obtained. After hearing the arguments, the court adjourned the case until September 7 when it summoned Shehbaz and Hamza for the framing of charges.
Shehbaz and Hamza were previously set to be indicted on May 14 but it was deferred as the Prime Minister was out of the country.
According to the FIA report submitted to the court, the investigation team has "detected 28 benami accounts of the Shehbaz family through which money-laundering of ₹16.3bn was committed during 2008-18. The FIA examined the money trail of 17,000 credit transactions." Benami transaction refers to any transaction made by a person without using his name or by using the name of another person.
The report added that the amount was kept in "hidden accounts" and "given to Shehbaz in a personal capacity". "This amount (Rs. 16 billion) has nothing to do with the sugar business (of Shehbaz family),'' it claimed. The money received from the accounts of low-wage employees by Shehbaz was transferred outside Pakistan via hundi/hawala networks, ultimately destined for the beneficial use of his family members," the FIA had alleged.
"Eleven low-paid employees of the Sharif group who 'held and possessed' the laundered proceeds on behalf of the principal accused, are found guilty of facilitating money-laundering. The three other co-accused of the Sharif group also actively facilitated the money laundering," the agency said.