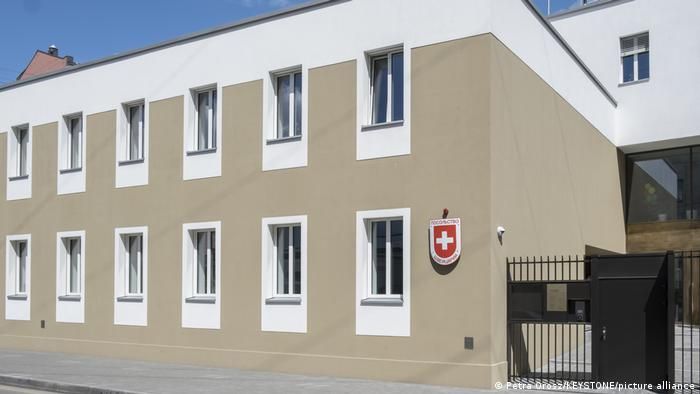 "Unfortunately, Switzerland has lost the status of a neutral state and can act neither as a mediator nor as a representative of interests," Russian Foreign Ministry spokesman Ivan Nechayev told reporters Thursday.

He confirmed that Bern had formally requested that its embassy be permitted to represent the interests of Ukraine in Russia and Russian interests in Ukraine. Kyiv broke diplomatic relations with Moscow in response to Russia's invasion.

However, Nechayev stressed that Switzerland had been supporting the Ukrainian government and had slapped sanctions on Russia. "It is completely incomprehensible how one can offer mediation, representation or other goodwill services with such behavior," he added.

Neutral Switzerland has mirrored nearly all the sanctions that the European Union imposed on Russia over its invasion of Ukraine. This decision has angered the Kremlin.

Switzerland has a long tradition of acting as a "protecting power,"  which is defined as being the point of contact for nationals who live in another country, but whose home country does not have an embassy there if the home and host states have broken off relations.

If necessary, it can also deliver diplomatic dispatches and act as a mediator in negotiations.

During the Second World War, Switzerland represented the interests of 35 states (including the major warring powers) with more than 200 individual mandates.

According to the Swiss Federal Department of Foreign Affairs, Switzerland currently exercises seven protecting power mandates. The Alpine country has been representing Iranian interests in Egypt since 1979, as well as US interests in Iran since 1980.

After the August 2008 Russo-Georgian war , Switzerland has also been acting as protecting power for Russia in Georgia since the end of 2008 and for Georgia in Russia since the beginning of 2009. In this case, both states use their own staff to carry out administrative, technical and consular matters on the ground but the foreign interest sections fall under Switzerland's protection.