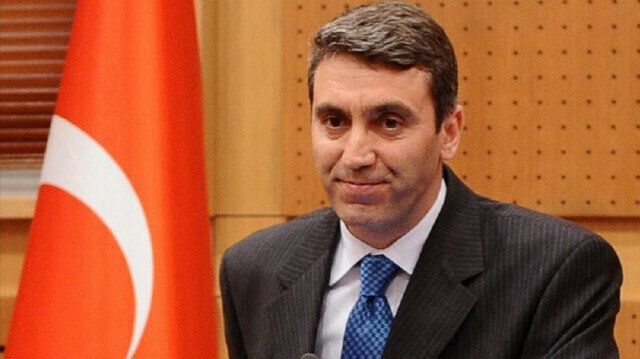 Whether we like it or not, the fate of the Turkish and Greek people is “inextricably linked,” according to Ankara’s ambassador to Athens, Ednews reports citing Yeni Safak.

“Just like individuals, nations too can suffer from traumatic episodes,” Burak Ozugergin wrote in an op-ed published by Greek daily Ta Nea on Saturday.

“Left unchecked, an overwhelming sense of grief and loss can even have debilitating effects, leading to a decline in the quality of life. But with the right mindset, the affected persons, and nations, can move on.”

Recalling the events of September 1922, when the Turkish nation ended a "decade-long cycle of war and occupation in their lands," Ozugergin said forgetting painful experiences and pretending they never happened is not the “right mindset.”

“The right mindset involves asking the right questions. In this case, one such question should be ‘why in the world did we send an invading army all the way to the Turkish heartland?’” he wrote.

Emphasizing the traumatic nature of wars, he stressed that their effects are felt “no matter if you win or lose.”

“If your nation is on the losing side, the effects are evident – denial, anger, an irresistible urge for revenge and revision, and so on. In such unfortunate circumstances, eventual acceptance and reorientation to reality may truly be the keys to achieve collective inner peace,” he said.

Even if one side wins, he added, there are still “plenty of reasons to mourn,” such as the loss of “sons and daughters, and your sense of security, along with your homes and villages.”

He said Greece has tried to create the impression that Türkiye was somehow at fault for being invaded by Greek forces, and that it was “the victorious Turkish armed forces themselves that razed hundreds of towns and villages in Western Anatolia, and set their own towns on fire while the Greek army was retreating.”

“Does that make sense? No. The postwar Lausanne Treaty did not think so either,” Ozugergin said, referring to the agreement signed on July 24, 1923 after the Turkish victory in the War of Independence.

“That is precisely why the Treaty obliged Greece to make reparation for the damage caused in Anatolia by the acts of its army or administration, which were contrary to the laws of war.”

He warned that a failure to “ask the right questions” means “you’ll never come up with the right answers.”

“Worse, you’ll keep blaming others for your own mistakes,” said the Turkish diplomat.

Ozugergin cited the handshake between Mustafa Kemal Ataturk, founder of the Republic of Türkiye, and Eleftherios Venizelos, then-prime minister of Greece, as the “perfect example for the right mindset.”

“We took that handshake to reflect a sort of wise, grand and historical understanding between nations that after all the years of conflict and all the pain that we caused each other, the two nations made a difficult but necessary decision to leave the heavy burden of the past behind and to walk towards the future,” he said.

Türkiye and Greece, he added, “do not need wars, earthquakes or other calamities to remind us that we are neighbors.”

“One hundred years ago the guns of war fell silent on Turkish soil. May their menacing thunder never be heard again,” he concluded.