Jeyhun Bayramov said Armenia obstructed the processes in the meeting with Blinken and Mirzoyan - ednews.net 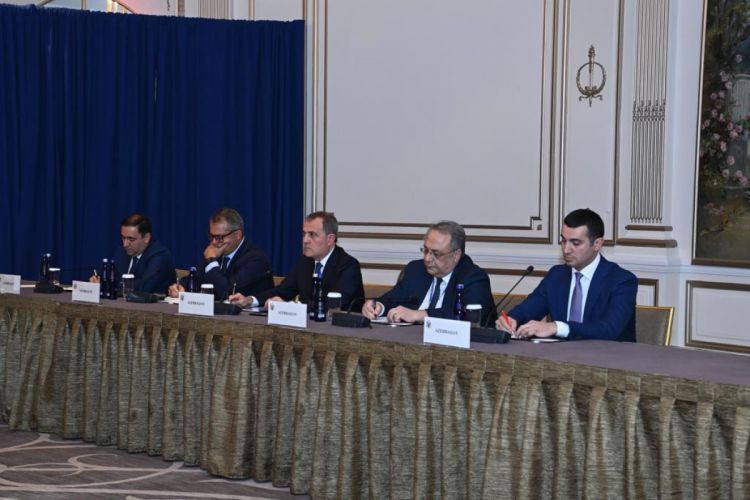 During the meeting, Minister Jeyhun Bayramov drew attention to Azerbaijan's position on ensuring peace in the region in the post-conflict period and necessary steps in this direction.

Minister Jeyhun Bayramov emphasized that on September 12-14, Armenia caused clashes by carrying out provocations and attacks against Azerbaijan, and the fact that Armenia violated the initial ceasefire achieved within a few hours, and thereby caused additional losses. He said that Azerbaijan, as a party that carries out large-scale reconstruction works in the region and resettles former internally displaced persons in the region, is not interested in destabilization.

The minister reminded that despite the deep consequences caused by the occupation of the internationally recognized territories of our country for 30 years, Armenia put forward the proposal to sign a peace treaty immediately after the 44-day Patriotic War and took successive initiatives in this direction. He said that despite Azerbaijan's efforts in the process of normalization with Armenia, opening of communications, delimitation and demarcation of borders, as well as in humanitarian directions, Armenia obstructs the processes and grossly violates its obligations within the framework of tripartite statements.

Minister Jeyhun Bayramov once again emphasized his readiness for urgent negotiations between the leaders to ensure lasting peace in accordance with the tripartite declarations and the results of the Brussels meeting.