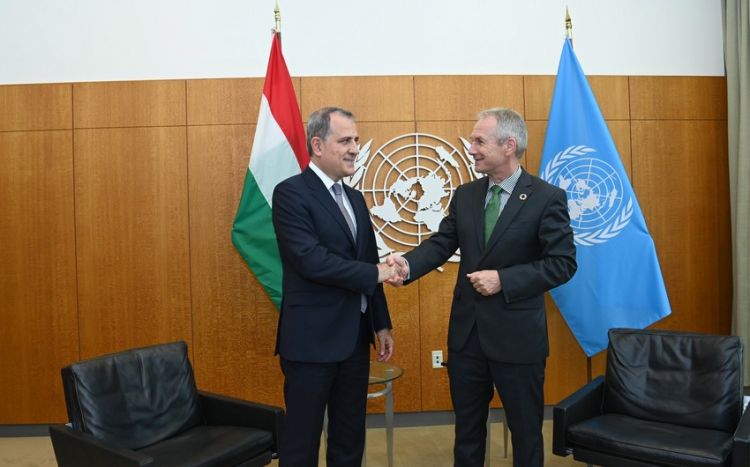 According to Report, during the meeting, the sides exchanged views on Azerbaijan's activities within the UN, cooperation with UN's specialized agencies, future directions of activities and other issues on the agenda.

Minister Bayramov informed Korosi about the current situation in the region, including the restoration and construction works in the liberated territories, mine threats, as well as the steps taken by Azerbaijan towards the normalization of relations with Armenia. He said that despite Armenia's provocations and the policy of slowing down the processes, Azerbaijan will continue its efforts in all important directions to ensure peace and stability in the region, including the signing of the future peace agreement, border delimitation, opening of all communications and other issues.

Korosi commended Azerbaijan's sustainable peace-building efforts and construction works in the region in the post-war period. At the same time, he pointed out that the situation in the region is worrying and that it is important to solve the difficulties at the political level. He noted the need for joint action in the field of demining Azerbaijani territories, considering UN's ample opportunities in demining activities.