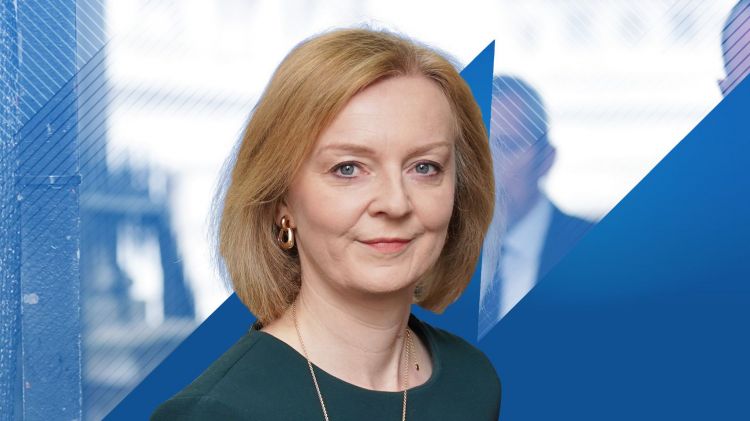 Liz Truss has accused Vladimir Putin of breaching international law, as the Russian President plans to formally annex four Ukrainian regions.
Moscow is preparing to annex the four areas of Luhansk, Donetsk, Kherson and Zaporizhzhia into Russia after internationally-criticised referendum votes as part of its invasion of Ukraine, with the Kremlin expected to formally complete the process on Friday.
In a statement, the prime minister said: “Vladimir Putin has, once again, acted in violation of international law with clear disregard for the lives of the Ukrainian people he claims to represent.
“The UK will never ignore the sovereign will of those people and we will never accept the regions of Donetsk, Luhansk, Kherson and Zaporizhzhia as anything other than Ukrainian territory.
“Putin cannot be allowed to alter international borders using brute force. We will ensure he loses this illegal war.
The latest move by Russia, currently under pressure after a series of Ukrainian successes, has prompted condemnation globally and has been rejected by Ukrainian President Volodymyr Zelensky.
James Cleverly, the Foreign Secretary, said that the UK does not recognise “Putin’s sham referenda”.
“They are illegal, they are illegitimate. Ukraine’s territorial integrity must be respected,” he tweeted.
The UN Security Council has also scheduled a vote on a resolution that would condemn Russia for its “illegal so-called referendums” in the four Ukrainian regions, and declare that they “have no validity”.
Earlier, a Russian strike on a humanitarian convoy in the city of Zaporizhzhia killed at least 23 people and injured another 28, Ukrainian officials said.
Since becoming prime minister, Truss has vowed to follow the lead of Boris Johnson in providing as much support as is needed to Ukraine.
In a call with Zelensky this week, she stressed that the UK would not accept the annexations.