China slams US for charging Chinese nationals of spying - ednews.net

China slams US for charging Chinese nationals of spying 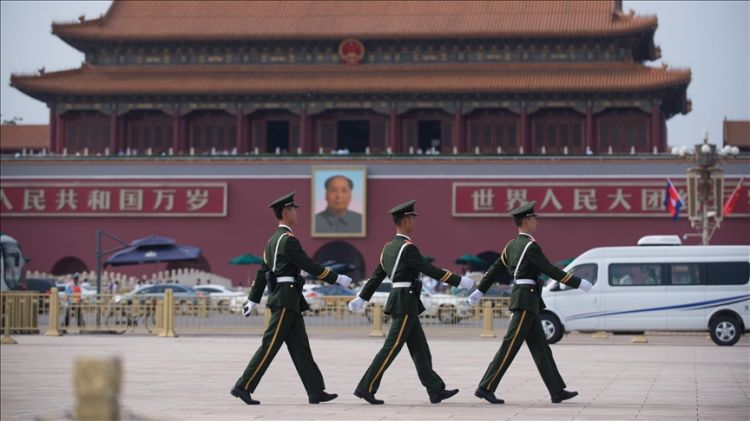 China on Tuesday slammed Washington for what it called "Cold War thinking and ideological prejudice," accusing the US of becoming a haven for corrupt elements, outlaws, and fugitives.​​​​​​​
“Some people in US law enforcement agencies captive to Cold War thinking and ideological prejudice repeatedly fabricate lies to smear China, obstruct China’s efforts to pursue fugitives and recover stolen goods, and turn the US into a haven for corrupt elements and outlaws,” said Wang Wenbin, Foreign Ministry spokesperson.
Wang was responding to allegations of US Attorney General Merrick Garland that China “sought to interfere with the rights and freedoms of individuals in the US and to undermine our judicial system that protects those rights,” the Chinese daily Global Times reported.
His statement came after the US charged two Chinese individuals, alleged to be intelligence officers, on Monday with attempting to obstruct the prosecution of a Chinese-based telecommunications firm as part of three separate cases against Beijing.
The alleged Chinese spies were identified as Guochun He and Zheng Wang. They were charged with seeking to carry out a scheme that involved stealing information from the US Attorney’s Office for the Eastern District of New York to stymy the prosecution of the Chinese telecommunications company.
“This was an egregious attempt by PRC intelligence officers to shield a PRC-based company from accountability and to undermine the integrity of our judicial system,” Garland said at a press conference, using the official name of the People's Republic of China (PRC).
The Justice Department did not name the firm, but Huawei was charged in 2019 with bank fraud and faced racketeering charges in 2020.
He and Wang, said the Justice Department, tried to bribe a US government employee they believed had been recruited to secretly work for China.
They paid the individual $61,000 in Bitcoin in total, but the person was working as a double agent for the FBI, according to the department.
The defendants attempted "to steal the prosecutor's playbook, including who the prosecutors were meeting with, and what they would argue in court all so that the company could unlawfully gain an edge and undermine the government's case," Deputy Attorney General Lisa Monaco said.
He and Wang were charged with obstructing justice, while He was separately charged with two counts of money laundering related to the Bitcoin payments. Both men are still at large.
Two of the defendants were taken into custody on Thursday.
“As these cases demonstrate, the government of China sought to interfere with the rights and freedoms of individuals in the United States, and to undermine our judicial system that protects those rights. They did not succeed,” he added.
Separately, the Justice Department announced two other cases involving Chinese citizens, charging 13 people, 10 of whom FBI Director Christopher Wray identified as Chinese intelligence officers and government officials.
“They're charged in three different cases that might seem at first glance to be about unrelated issues," Wray said, adding, "Each of these cases lays bare the Chinese government's flagrant violation of international laws as they work to project their authoritarian view around the world, including within our own borders."
Last week, Beijing said the US had “received the largest number of Chinese fugitives suspected of corruption and other economic crimes.” It also accused Washington of “stonewalling China’s requests in recent years for cooperation on repatriating fugitives.”
“This runs counter to the spirit of the UN Convention Against Transnational Organized Crime, the UN Convention against Corruption, and commitments openly made by the US on the international stage,” the Foreign Ministry had said, urging the US to “correct its mistake, facilitate China’s efforts to repatriate fugitives and recover illegal proceeds, faithfully fulfill its international obligations and commitments, and avoid becoming a safe haven for criminals.”