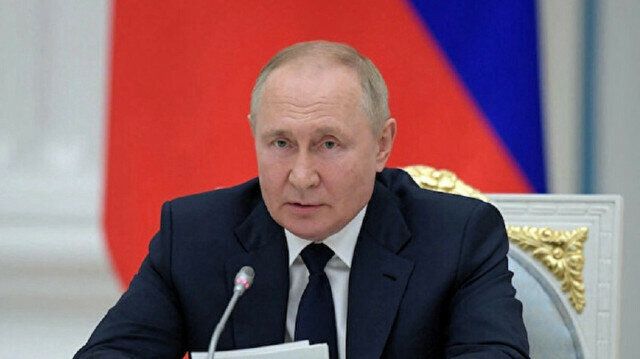 The presidents of Russia and Guinea-Bissau met in Moscow on Tuesday, the first-ever meeting of leaders of the two countries.
Vladimir Putin and Umaro Sissoco Embalo, who also currently heads the Economic Community of West African States (ECOWAS), discussed a range of bilateral and international issues during their meeting in the Russian capital.
As our countries mark 50 years of diplomatic ties next year, we still have to do a lot to develop trade, economic, and humanitarian ties, Putin was quoted as saying in a Kremlin statement.
He said Russia is determined to further develop its relations with Guinea-Bissau and all African countries.
He noted that 400 million people live in ECOWAS member states, while their collective GDP stands at some $550 billion.
“And, most importantly, the trade volume growth rate is very good. We hope that a significant contribution will be made to the development of relations both with your country and members of the organization, and the entire African continent in general during your presidency in ECOWAS,” he told Embalo.
Putin added that Russia will hold the second Russia-Africa summit next year in St. Petersburg.
Embalo emphasized that Guinea-Bissau remains “an unwavering partner” for Russia.
On the war in Ukraine, he said the conflict and consequent issues such as the halt in grain and fertilizer exports “blocked progress” all over the world.
He expressed his hope “to find a way to establish dialogue” between Russia and Ukraine.
Hailing Russia’s role and influence in Africa, Embalo said he would like to discuss security issues in West Africa with Putin.
He added that Guinea-Bissau wants to buy warships and helicopters from Russia, a proposal that Putin said would be given due consideration.