U.S does not dictate the terms of the peace treaty to Azerbaijan and Armenia - Ned Price - ednews.net

U.S does not dictate the terms of the peace treaty to Azerbaijan and Armenia - Ned Price 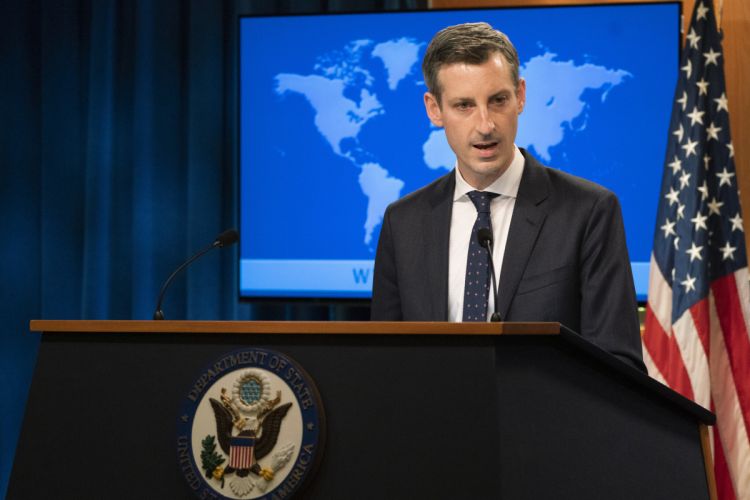 "We remain committed to supporting a peaceful future in the South Caucasus. We believe that continued direct dialogue is key to resolving issues and achieving sustainable peace in the region" said Ned Price, U.S State Department spokesman at a press conference, APA reports.

He said that the US's role in the process is to facilitate the negotiations.

"The parties met at Blair House yesterday. We had also arranged a meeting in New York in September," Price said.

The U.S State Department spokesperson said that his country's participation in this process is not to implement the agreement between Azerbaijan and Armenia.

"What we do is create a place or an opportunity for two parties to come together to identify their differences and try to resolve them. I think that the meeting of the sides yesterday had a positive impact on the surfacing of many of their areas of disagreement. They were able to agree to continue meeting, engaging in direct dialogue and diplomacy in the weeks that follow. This is quite important. However, it is not our duty to ensure lasting peace between the two countries," Price said.

State Department spokesperson said that the U.S does not present the parties with a document ready to sign. This country is doing everything it can through diplomacy to help the sides.