Türkiye has right to protect itself against terrorist attacks - Swedish PM - ednews.net

Türkiye has right to protect itself against terrorist attacks - Swedish PM 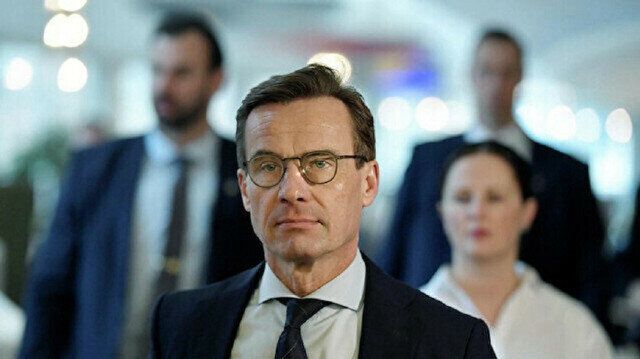 In response to a question in the Riksdag, or parliament, by Green Party spokeswoman Marta Stenevi, Kristersson said it must be admitted that Türkiye is a country that has been subjected to terrorist attacks and it has the right to protect itself against terrorism.

He stressed that Sweden should not be a place where people, who in various ways participate in and finance terrorism or terrorist-related activities, find a safe haven precisely because their activities are not aimed at Sweden but at Türkiye.

On Sunday, Türkiye launched Operation Claw-Sword, a cross-border aerial campaign against the YPG/PKK terrorist group, which has illegal hideouts across the Iraqi and Syrian borders where they plan attacks on Turkish soil.

Turkish officials stressed that the operation is in line with international law and the nation's right to self-defense under UN resolutions.

In its more than 35-year terror campaign against Türkiye, the PKK – listed as a terrorist organization by Türkiye, the US and the European Union – has been responsible for the deaths of more than 40,000 people, including women, children and infants. The YPG is the terror group's Syrian offshoot.