Azerbaijan to protect all Azerbaijanis, including those in Iran: President - ednews.net

Azerbaijan to protect all Azerbaijanis, including those in Iran: President

‘We'll do our best to protect secular lifestyle of Azerbaijan and Azerbaijanis around world, including Azerbaijanis in Iran,’ says Ilham Aliyev 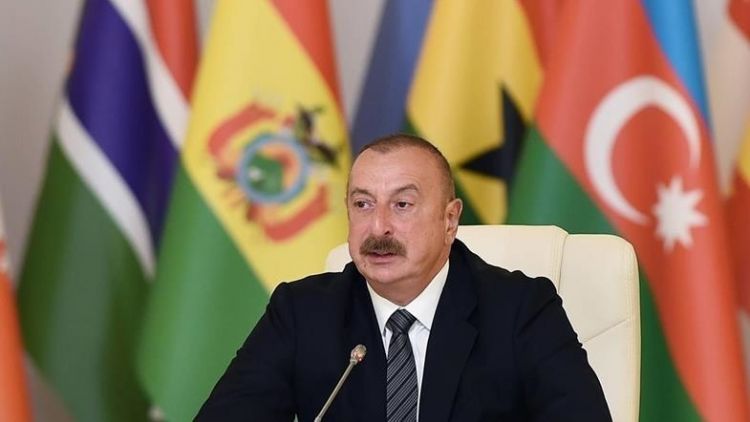 The Azerbaijani president on Friday said his country will do its best to protect all Azerbaijanis across the world, including those living in Iran.
Speaking at an international conference at ADA University in the capital Baku, Aliyev said his country attaches great importance to establishing good relations with the countries of the region.
Referring to the relations with Iran, Aliyev said: "I have worked with three presidents of Iran (Mohammad) Khatami, (Mahmoud) Ahmadinejad, and (Hassan) Rouhani.
"For all these years, a situation similar to today's never occurred. A hateful and threatening statement was never made against Azerbaijan. Iran conducted two military exercises on our border in a few months.”
Emphasizing that they always respond to all kinds of statements and actions against Azerbaijan, he noted: "Therefore, we had to conduct military exercises on the Iranian border to show that we are not afraid of them. We will do our best to protect the secular lifestyle of Azerbaijan and Azerbaijanis around the world, including Azerbaijanis in Iran. They are part of our people."