Armed attack on the Azerbaijan Embassy in Tehran - "Yasin Huseynzadeh, is likely to be working for SEPAH" - EXCLUSIVE
Read: 448 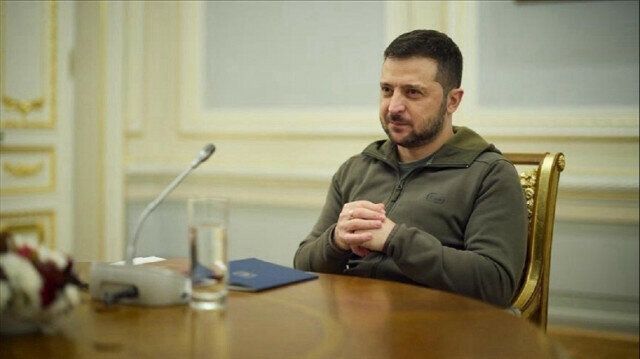 Ukrainian President Volodymyr Zelenskyy said that Ukraine and global partners are creating a system to stop aggression, dismantle its consequences, and guarantee long-term security in Ukraine, all of Europe, and the world, Ednews reports citing Yeni Safak.

Underlining food security as “one of the key elements of global stability” during an address to the nation late on Saturday, Zelenskyy noted that this aspect is where Ukraine's leading role becomes most evident.

“Thanks to our export grain initiative from three Black Sea ports, we sent about 12 million tons of food to the world market. Of this amount, more than two and a half million tons are for countries that are not just short of food, but in a severe crisis,” Zelenskyy added.

Zelenskyy also indicated that Ukraine officially announced the launch of the Grain From Ukraine initiative aiming to supply Ukrainian grain to countries in need, and said that his country already has agreements with many partners on joint work, most notably EU countries, the UK, the US, Qatar, Canada, Norway, and Japan.

“More than 20 countries supported our food security summit. The total amount that we have accumulated for Grain From Ukraine is already about $150 million. Work continues. We are preparing up to 60 ships,” Zelenskyy further said.

Separately, he also noted that together with partners, Ukraine held the first International Summit on Food Security in Kyiv on the occasion of commemorating the victims of the Holodomor, one of the most painful events in the history of Ukraine, when at least 3.9 million people starved to death between 1932 and 1933 as a result of Stalin's policies and "collectivization" of agriculture, according to the Ukrainian Institute of National Memory.

Ukraine claims that the famine in its territory was "intentional" and has called it a "genocide of the Ukrainian people."

Zelenskyy added that he met with Belgian Prime Minister Alexander De Croo earlier in the day, and that a trilateral meeting was held on the level of prime ministers between Ukraine, Poland, and Lithuania.