US and China in first South China Sea encounter since Xi-Biden meeting - ednews.net 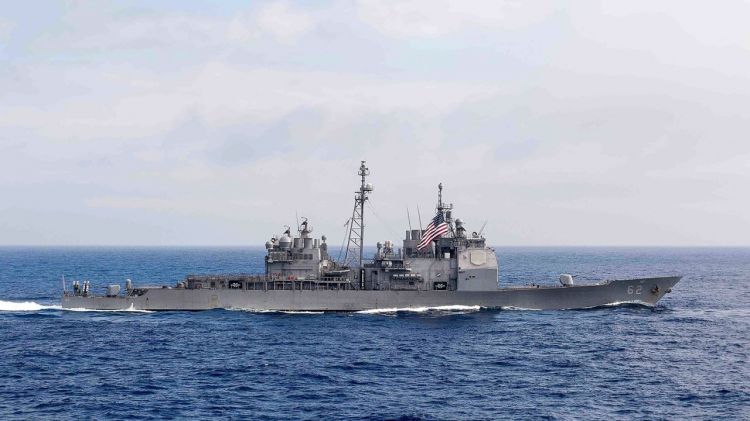 The United States and Chinese militaries exchanged harsh words Tuesday after a US Navy warship performed the first freedom of navigation operation (FONOP) in the South China Sea since the leaders of the two powers met earlier this month in an attempt to ease tensions. Ednews reports citing CNN.

In a statement, the Chinese military claimed the USS Chancellorsville, a guided-missile cruiser, “illegally entered the waters near China’s Nansha Islands and reefs without the approval of the Chinese government.”

The encounter is the first in the South China Sea since US President Joe Biden and Chinese leader Xi Jinping met in person on the sidelines of the G20 summit in Indonesia two weeks ago, according to a US Navy spokesperson.

After that meeting, Biden said he and Xi made progress on cooling tensions in some areas but came nowhere near resolving the litany of issues that have helped drive the US-China relationship to its lowest point in decades.

China claims “indisputable sovereignty” over almost all of the 1.3 million square mile South China Sea as well as most of the islands within it, including the Nansha Islands, known outside China as the Spratlys.

They are home to military installations China has built on features claimed by other nations around the South China Sea, including the Philippines, a US treaty ally, and Vietnam.

China says this action by the US military “seriously infringes on China’s sovereignty and security” and is “hard proof is that the US is seeking maritime hegemony and militarizing the South China Sea,” according to a statement on its official Weibo account.

In its statement, the US Navy said the US cruiser conducted the FONOP “in accordance with international law and then continued on to conduct normal operations in waters where high seas freedoms apply.”

“The PRC’s behavior stands in contrast to the United States’ adherence to international law and our vision for a free and open Indo-Pacific region. All nations, large and small, should be secure in their sovereignty, free from coercion, and able to pursue economic growth consistent with accepted international rules and norms,” the US statement added.

Biden said he made that point to Xi at their meeting.

“I was clear that we will defend American interests and values, promote universal human rights and stand up for the international order and work in lockstep with our allies and partners,” Biden said.

Tuesday’s FONOP is an early indication Biden is not backing down on that promise.

“The operation reflects our commitment to uphold freedom of navigation and lawful uses of the sea as a principle. The United States is defending every nation’s right to fly, sail, and operate wherever international law allows, as USS Chancellorsville did here. Nothing the PRC (China) says otherwise will deter us,” Tuesday’s US Navy statement.