Russia is waging total war against Ukraine; we must respond with total support - Borrell - ednews.net

Russia is waging total war against Ukraine; we must respond with total support - Borrell 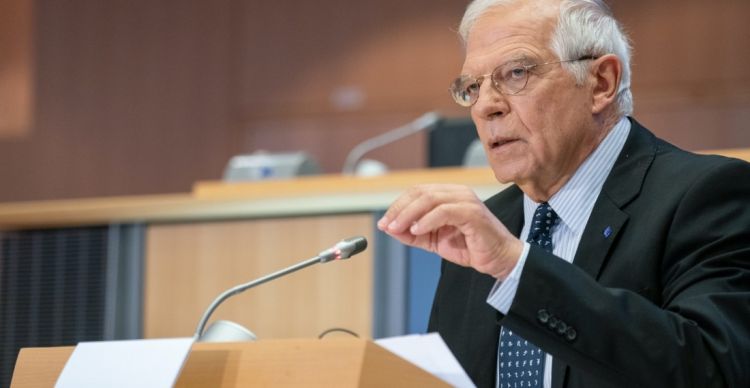 EU High Representative for Foreign and Security Policy, Josep Borrell, addressed the annual Ministerial Council of the OSCE, which this year is meeting in Poland. Speaking about the conflict in Ukraine, Borell said that Russia was waging totel war against Ukraine, and this requires total support for Ukraine in response, CommonSpace.eu reports.

Here are the remarks of High Representative Boreell in full:

In 1975, our predecessors signed the Helsinki Final Act. The principles were agreed: [renouncing the use of force, respect for sovereignty, territorial integrity, and protecting human rights and freedoms]. These values are universal, not just Western.

Russia has flouted not only the specific Organisation for Security and Cooperation in Europe (OSCE) commitments, but [also] violated the core principles on which European security is built.

There can be no respect of the OSCE values as long as Russia continues its war of aggression against Ukraine with Belarus’ complicity.

Russia has brought the war back in Europe. Russia is now turning this into a purely punitive campaign, trying to inflict as much pain as possible on Ukrainian citizens, using winter as a weapon, putting them into the darkness and the cold. The Russian army is deliberately targeting energy and water infrastructure on which normal Ukrainian citizens depend.

The commitment of the European Union to Ukrainian territorial integrity, security and freedom is steadfast. Let’s be clear: Russia is fighting a total war against Ukraine. We have to answer with a total support [to Ukraine].

The European Union and its Member States have been at the forefront of the solidarity effort with Ukrainian people. We have mobilised over €19 billion of assistance to Ukraine. Another package of €18 billion has already been proposed for next year. The [European] Union Member States’ military assistance is estimated at about €8 billion.

Russia’s war of aggression has effectively destroyed the security in Europe. We are here to discuss how to address this situation and to reinforce the OSCE in order to pave the way for rebuilding the European security architecture.

Apart from its brutal attack on Ukraine and its people, Russia continued destabilising the Georgian regions of South Ossetia and Abkhazia, and the Transnistrian region of the Republic of Moldova and severely deteriorate the security situation in the whole OSCE area.

This is a historic opportunity to achieve a sustainable conflict settlement in the South Caucasus. We strongly encourage Armenia and Azerbaijan to seize this opportunity.

We equally condemn Russia’s systematic crackdown on human rights freedoms internally, and we also call on the Belarusian authorities to release all political prisoners and meet the demands of the people for free and fair elections.

In this context, our contribution to the Support Program for Ukraine is an opportunity to both support the OSCE and to provide meaningful assistance to Ukraine. We have committed €1.2 million for the OSCE mine activities in Ukraine.

To conclude, let me reiterate again our steadfast commitment to the OSCE and the values this organisation represents.

With that in mind, I would like to wish every success for North Macedonia’s next Chairmanship in 2023. You can count on the European Union’s full support in steering the Organisation.