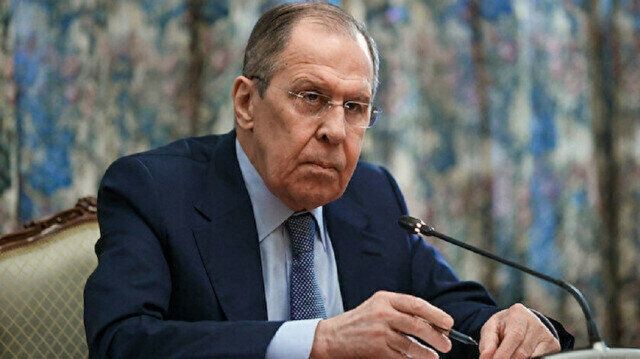 “We are interested in doing everything we can to help unblock transport links, delimit borders, conclude a peace treaty and generally strengthen confidence-building measures, including within the framework of developing contacts between public structures, political scientists, parliamentarians,” said Lavrov, as cited by a statement by the Russian Foreign Ministry.

Lavrov said his meeting with Bayramov will focus on the implementation of trilateral agreements reached by the Azerbaijani, Armenian and Russian leaders in 2020, 2021 and 2022.

Their agenda also includes “regional cooperation, Caspian issues, contacts in the UN, the OSCE (The Organization for Security and Co-operation in Europe), the CIS (Commonwealth of Independent States), as well as other developments of common interest,” Lavrov further said.

Separately, the top Russian diplomat underlined the signing of a “Declaration on Allied Cooperation” during Azerbaijani President Ilham Aliyev’s visit to Moscow in February, saying it has "cemented" new qualities of ties between Russia and Azerbaijan.

“Today, we have a good opportunity to see how the principles laid down by the presidents in this important document are being implemented in all areas of bilateral contacts,” Lavrov added.

On Thursday, Aliyev met with Igor Khovaev, Russia's envoy for the normalization of Azerbaijan-Armenia ties, in the capital Baku to discuss Azerbaijan’s normalization process with Armenia and the preparation of a Baku-Yerevan peace agreement.

Relations between the former Soviet republics of Armenia and Azerbaijan have been tense since 1991, when the Armenian military occupied Nagorno-Karabakh, a territory internationally recognized as part of Azerbaijan, and seven adjacent regions – Lachin, Kalbajar, Agdam, Fuzuli, Jabrayil, Qubadli, and Zangilan.

In the fall of 2020, in 44 days of clashes, Baku liberated several cities, villages and settlements in Karabakh from Armenian occupation, ending in a Moscow-brokered truce.