Those who burn Quran are ‘useful idiots’ for those who want to divide Sweden - Former premier
Read: 161 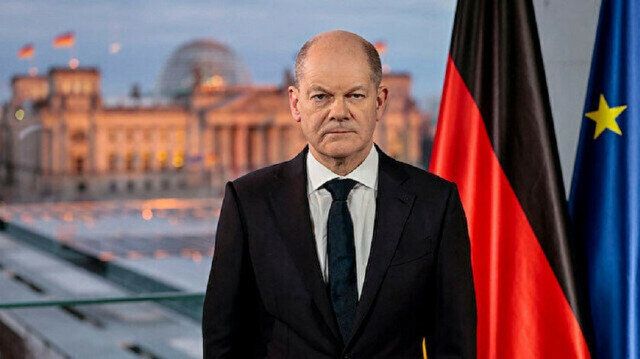 Scholz laid out his foreign policy goals and priorities in an op-ed piece published by Foreign Affairs magazine on Monday, and explained his views on future relations with China.

The Social Democrat chancellor said in today’s multipolar world different countries and models of government are competing for power and influence, and some analysts assume that the world is on the brink of a new Cold War, one that will pit the US against China.

“I do not subscribe to this view. Instead, I believe that what we are witnessing is the end of an exceptional phase of globalization,” Scholz said, adding that while China has emerged as an economically strong and politically assertive actor, the US will retain its role as “the world’s decisive power” in the 21st century.

“China’s rise does not warrant isolating Beijing or curbing cooperation. But neither does China’s growing power justify claims for hegemony in Asia and beyond,” Scholz said, and defended his moderate policy towards China.

Despite pressure from his coalition partners to take a harder stance towards China, Scholz has advocated for a moderate policy, and repeatedly said that China is both a systemic rival and an economic partner.

China is currently Germany’s largest trading partner for goods, and bilateral trade between them reached €245 billion ($256 billion) in 2021.

In his op-ed, Scholz stressed the need for enhancing relations with China on issues of mutual interest, without shying away from controversies and criticizing Beijing on issues of concern.

“During my recent visit to Beijing, I expressed firm support for the rules-based international order, as enshrined in the UN Charter, as well as for open and fair trade,” he stressed.

“In Beijing, I also raised concerns over the growing insecurity in the South China Sea and the Taiwan Strait and questioned China’s approach to human rights and individual freedoms,” Scholz said.

“Respecting basic rights and freedoms can never be an 'internal matter' for individual states because every UN member state vows to uphold them,” he added.

Scholz reaffirmed that Germany will be in solidarity with its Western partners to address the geopolitical challenges, and will continue to advocate for “multilateral solutions" to global problems.

“Germany and its partners in the EU, United States, Group of Seven, and NATO must protect our open societies, stand up for our democratic values, and strengthen our alliances and partnerships,” he said.

“But we must also avoid the temptation to once again divide the world into blocs. This means making every effort to build new partnerships, pragmatically and without ideological blinders."