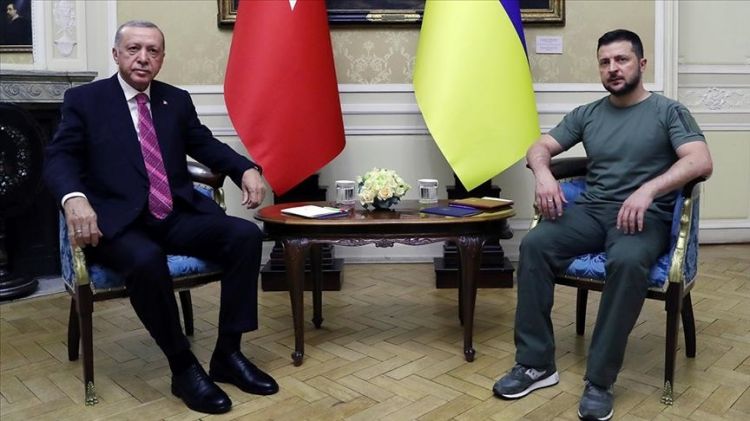 In a phone call with Volodymyr Zelenskyy to discuss the ongoing Russia-Ukraine war, Recep Tayyip Erdogan said the July 22 grain deal can be expanded to include different food products and other commodities, according to a statement by Türkiye's Communications Directorate.

Türkiye, the UN, Russia, and Ukraine signed a landmark agreement in Istanbul to resume grain exports from three Ukrainian Black Sea ports, which had been paused due to the war that started in February.

Thanks to Turkish efforts, the landmark deal was extended for another 120 days, starting Nov. 19.

Erdogan also hoped for a solution on the Zaporizhzhia nuclear power plant in southeastern Ukraine, which has been under Russian control since March.

One of the world's largest nuclear plants, it generated 20% of Ukraine's electricity before the Russia-Ukraine war started on Feb. 24.

The president said first lady Emine Erdogan has been taking care of over 1,000 Ukrainian orphans and their companions in the capital Ankara.

According to the statement, Erdogan said they are evaluating options to support the implementation of a 10-point peace plan announced by Zelenskyy at the G-20 summit in Bali last month.

Zelenskyy, for his part, thanked Erdogan for sheltering Ukrainian children and providing hundreds of generators for cities amid blackouts due to Russian attacks on energy infrastructure.

Türkiye, internationally praised for its mediator role between Ukraine and Russia, has repeatedly called on Kyiv and Moscow to end the war through negotiations.