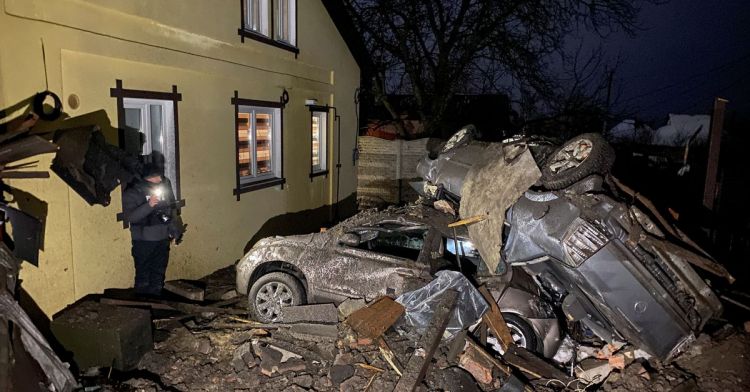 Monday's (12 December) meeting of European Union foreign ministers is a chance to reach an agreement on additional sanctions against Russia and Iran, as well as on a €2 billion increase in arms supplies to Ukraine.
It is not clear if Hungary would block certain decisions. Diplomats denounce this as "blackmail diplomacy", referring to what they call "blackmail diplomacy" because of a dispute regarding Budapest's EU funds.
A senior EU diplomat said to reporters that there was agreement in principle but also that there is the "big elephant in the room", referring to Budapest's use its veto power. "It's blackmail diplomacy, which we would prefer not to see but it is what is."
The foreign ministers will discuss the ninth package of Russia sanctions which is expected to add almost 200 additional individuals and entities to the EU sanctions list.
They will also review the new sanctions against Iran people and organizations over human rights violations in Tehran's crackdown of protestors and the supply drones to Russia.
They will also seek to top-up by €2bn a fund that member states used to finance weapons purchases for Kyiv but has been greatly depleted during the nearly 10 month long war in Ukraine.
Expect ministers to agree to a civil mission to Moldova. This may include assistance in cyber defense, fighting corruption, and strengthening the rule of law.
Foreign ministers will also be expected to open the door to a three-year military mission in Niger. The mission will include 50-100 troops initially, and then up to 300 later to improve the country's logistics.
Niger, one of the poorest countries on the planet, is at risk of violence spillover from Mali, a neighboring country where Islamist militants have gained ground after the withdrawal of French and other European troops.
Ministers will meet with counterparts from the Eastern Partnership, which includes Armenia, Azerbaijan Georgia, Moldova, Moldova, Ukraine, and vice versa. These are the nations that the EU sought to stabilize in the face Russia's invasion of Ukraine.