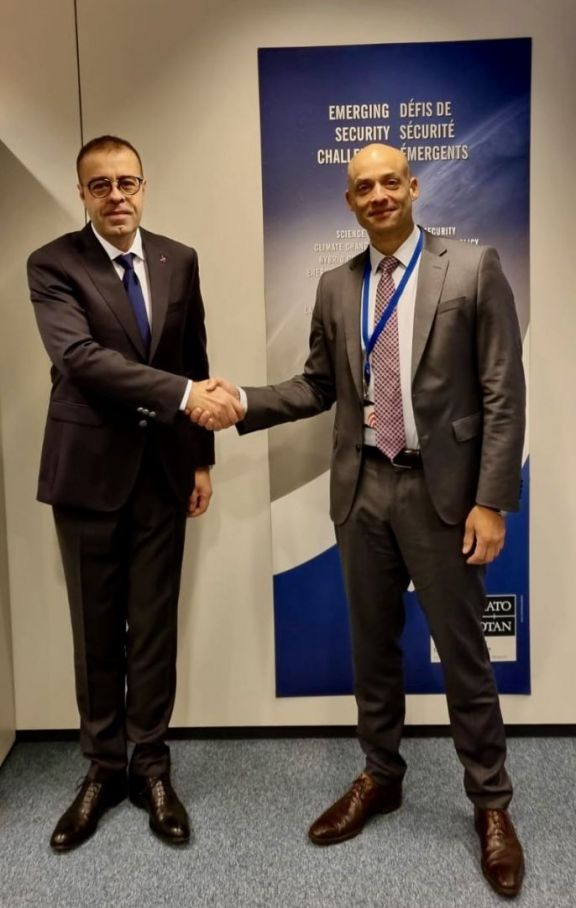 “It was great to meet with James Appathurai, NATO Deputy Assistant Secretary General for Emerging Security Challenges. We had a fruitful discussion on Azerbaijan-NATO partnership, energy & cyber security, hybrid threats, as well as protection of critical energy infrastructures,” Jafar Huseynzada said on his Twitter.

Relations with NATO started in 1992 when Azerbaijan joined the North Atlantic Cooperation Council. This forum for dialogue was succeeded in 1997 by the Euro-Atlantic Partnership Council, which brings together all allies and partner countries in the Euro-Atlantic area.

Bilateral cooperation began when Azerbaijan joined the Partnership for Peace (PfP) program in 1994. Thanks to regular participation in PfP activities, Azerbaijan has been able to contribute actively to Euro-Atlantic security by supporting NATO-led peace-support operations.

Azerbaijan’s participation in the PfP Planning and Review Process (PARP) since 1997 has enabled NATO and individual allies to assist Azerbaijan in developing selected units to improve interoperability with those of the allies.

NATO and Azerbaijan started work on a jointly agreed Defense Education Enhancement Program (DEEP) in 2008 to integrate NATO standards into the teaching methodologies and curricula of the country’s Professional Military Education (PME) institutions.

In 2018, Azerbaijan asked NATO to also involve the Military High School, a pre-commissioning school, in DEEP.