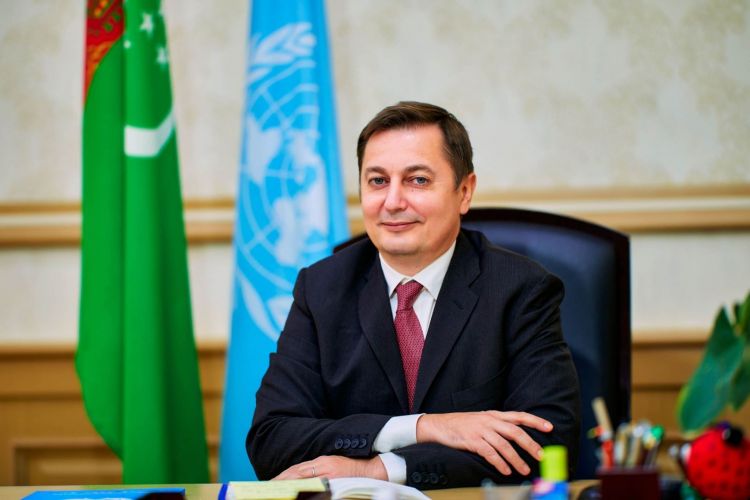 "This year, the Government of Turkmenistan celebrates the 30th anniversary of membership in the UN system. From the first days of joining the UN, Turkmenistan has pledged to comply with the norms and principles of the UN Charter, the Universal Declaration of Human Rights, basic conventions and other international acts in the form of resolutions of the General Assembly and the Security Council," the UN Resident Coordinator said.

According to him, having become a full member of the international community, Turkmenistan pursues an active foreign policy, and also added that today the country maintains diplomatic relations with 151 countries of the world and is a member of about 50 international organizations.

Shlapachenko noted that Turkmenistan has significantly expanded its cooperation with the UN system by joining 167 international conventions and treaties, as well as joining 13 UN Councils, Committees and Commissions.

"Turkmenistan is a co-sponsor of a number of UN General Assembly resolutions that call for sustainable development in all its dimensions. Therefore, they regularly find the support of UN member states. The most striking examples are resolutions on the reliability and stability of transit and supply of energy resources, sustainable transport and permanent neutrality," the UN Resident Coordinator stressed.