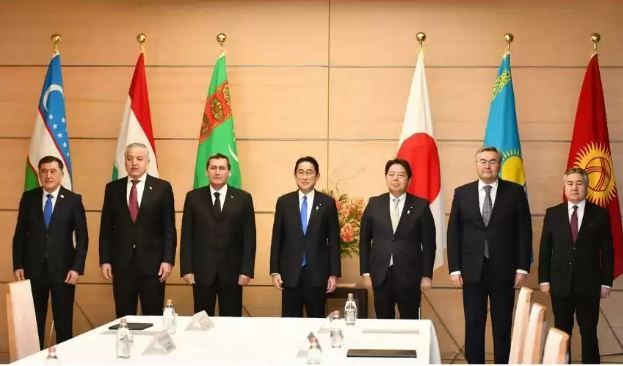 The Deputy Prime Minister - Minister of Foreign Affairs of Kazakhstan Mukhtar Tileuberdi is on a visit to Tokyo to participate in the 9th Meeting of Foreign Ministers of the Central Asia - Japan Dialogue, Kazakh cites the press service of the Kazakh MFA.
On the first day Minister Tileuberdi took part in a meeting of the foreign ministers of the Central Asian states with Japanese Prime Minister Fumio Kishida. In his speech, Tileuberdi noted that over 30 years of diplomatic relations, Kazakhstan and Japan have jointly managed to reach the level of expanded strategic partnership, which shows the dynamics of the development of bilateral relations in the political, trade, economic, cultural and humanitarian spheres.
The ministers also met with members of the Japanese Parliamentary League of Friendship with the Countries of Central Asia, which was established on November 24, 2022 in honor of the 30th anniversary of the establishment of diplomatic relations between Japan and the states of our region. Members of both houses of the Japanese Parliament representing various political parties are represented in this League.
Minister Tileuberdi expressed confidence that the League is designed to serve the expansion of active inter-parliamentary and inter-party dialogue to consolidate interregional and global efforts to strengthen peace and stability, ensure sustainable development.