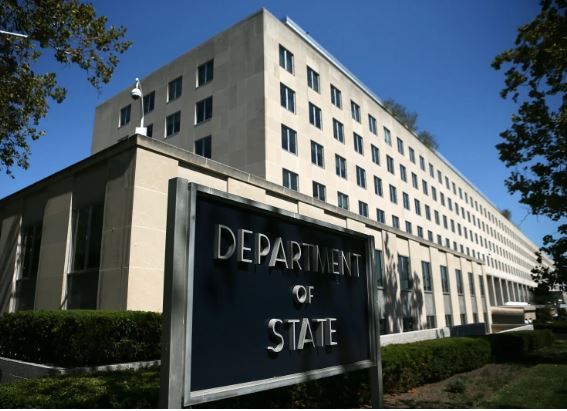 The US State Department has officially begun using "Türkiye" instead of "Turkey" in formal, diplomatic and bilateral contacts, according to its spokesman.
Ned Price said at a briefing that the move was finalized and put into practice Thursday morning.
His remarks came in response to a question about a State Department statement Thursday on disrupting Daesh/ISIS financing that used "Türkiye."
"I can confirm that the Turkish Embassy did request that we use this spelling in our communications. This is a change that was -- as is always the case -- approved by the US Board on Geographic Names," said Price.
"What I can tell you though is that the Board on Geographic Names retained both ‘Turkey’ and ‘Republic of Turkey,’ the previous spelling, as conventional names, as these are more widely understood by the American public.
"The department will use the spelling (Türkiye) that you saw today in most of our formal diplomatic and bilateral contexts, including public communications, but the conventional name can also be used if it is in furtherance of broader public understanding," he added.
"Türkiye" was first approved and put in practice by the UN on June 1 last year.
In addition, "Made in Turkey" has been changed to "Made in Türkiye," while the Turkish Directorate of Communications launched a campaign dubbed "Hello Türkiye" to promote the name globally.