The loss of the four young men is extremely sad and we share grief of their families – British journalist
Read: 2393

What to expect from Google’s Pixel 4 hardware event 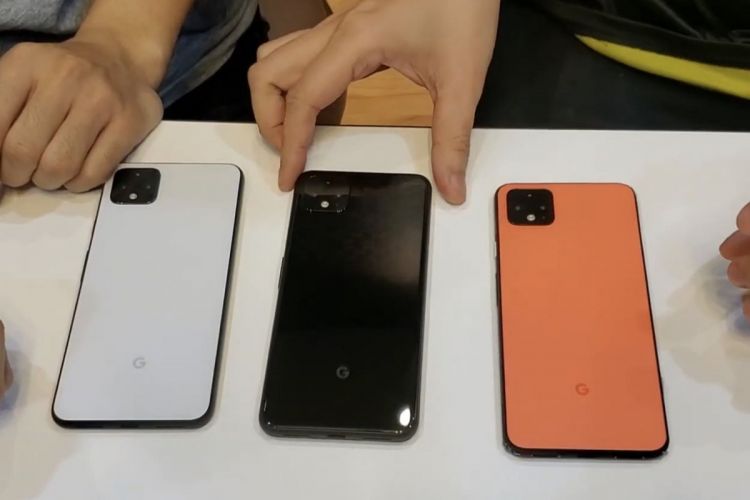 Google’s annual fall hardware showcase is happening on Tuesday, October 15th, and we expect it to be a big one. The star of the show will almost certainly be the Pixel 4, with its second back camera packed into an iPhone 11-like camera square, face unlock tech that might rival Apple’s Face ID, and a motion-sensing radar that Google’s been quietly developing for years.

And that’s just what Google has already told us. The rumor mill suggests there’s way more to the Pixel 4, and we might also see a much faster Google Assistant, a more affordable Pixelbook, new-and-improved Pixel Buds, and additional devices.

The Verge will be on the ground in New York City during the event, with a live blog and news updates as they happen. But until then, here’s what to expect:

Frankly, there’s not much that’s secret about the Pixel 4. It’s perhaps the most-leaked phone ever. But here’s a short summary of what we think Google will show off on Tuesday.

The new Google flagships are expected to come in two sizes, like usual, have 90Hz variable refresh rate displays, and be outfitted in three colors (“just black,” “clearly white,” and “oh so orange”). The vaunted Pixel camera should get an upgrade with a second camera lens, which is expected to be a 16-megapixel telephoto lens as well as new camera tricks like an astrophotography mode to photograph the stars, a “Motion Mode” to take better action shots, and improvements to portrait mode and Night Sight.

Google might spend the most time on Tuesday discussing the sensors hidden in the top bezel of the Pixel — which, by the way, has no notch. There, you’ll find new face unlock technology that Google claims will be very fast, unlocking your phone without requiring an extra swipe. And in a likely shot at the iPhone’s Face ID, Google says it will work at just about any orientation. Hands-ons with Pixel 4 XLs in the wild seem to back up Google’s claims.

That top bezel also has Google’s years-in-development radar motion sensing tech called Soli, which will let you wave your hands over the device to do things like skip songs and silence phone calls. This is one thing that hasn’t seemed to work on leaked phones, so Google might be able to surprise us with it on Tuesday.

Leaks also indicate that the Pixel 4 will have an audio recorder that can automatically transcribe recordings, the ability to call emergency services if it detects you’ve been in a car crash, and a new Google Assistant, which we’ll talk about soon.

We might also see a 5G version of the Pixel 4, as Google has begun “test production” of a 5G smartphone, according to Nikkei. If it’s only in test production, though, it seems unlikely that it will come out in time for this holiday season. Indeed, Nikkei reports that Google may unveil the 5G model next spring.

If you want to know much more about the Pixel 4, including photos of it from every angle and perhaps its exact spec sheet, check out our huge post that’s tracking every credible Pixel 4 leak. There have been a lot of them.