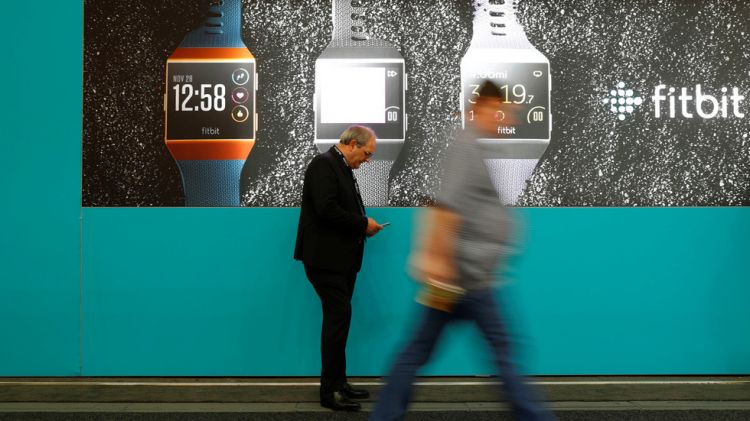 Google has acquired the fitness tracking device manufacturer Fitbit, unnerving users who hoped to keep their health data out of Big Tech’s clutches. It promises not to use the data for ads, but does anyone really believe that?
If you can’t beat ‘em, buy ‘em! Google has struggled to sell its own wearable device line Wear OS, but with some 28 million “active users,” buying Fitbit gives the tech giant a captive market – and access to those users' health data.
Google’s senior vice president of devices and services called the $2.1 billion purchase “an opportunity to invest even more in Wear OS as well as introduce Made By Google wearable devices into the market” in a blog post on Friday. It’s not clear what will happen to the Fitbit brand.
Google attempted to defuse privacy concerns – Fitbit has access not only to customers’ fitness history, but also in many cases their health insurance information and medical history – with a reassurance that “we work hard to protect your information” and “we will never sell personal information to anyone.” While they insisted that “Fitbit health and wellness data will not be used for Google ads,” they acknowledged that some users would question their sincerity, stating they would “give Fitbit users the choice to review, move, or delete their data.” A press release from Fitbit echoed those promises.
It’s not Google’s first foray into the health data market – the company paid $40 million for smartwatch tech from watchmaker Fossil earlier this year, and Google has had access to data from British patients on the NHS since 2016, when the company inked a deal that the UK’s data watchdog later found violated privacy regulations. That access has only expanded, with several NHS trusts moving their data to Google’s cloud. Google has also invested in US health insurance provider Oscar.
Nor is Google the only Big Tech firm greedily eyeing health data – Facebook executives have been making the rounds at hospitals and medical companies, trying to sweet-talk them into sharing customers’ health information. Facebook was reportedly interested in buying Fitbit as well, but Google offered twice as much, according to the Information.
Armed with users’ health data, Big Tech could not only target them with advertising, but could also predict their behavior, something both corporations and governments have shown interest in.
Social media pounced on the news, pointing out that all Fitbit users’ data was now in the claws of one of the world’s largest data hogs.