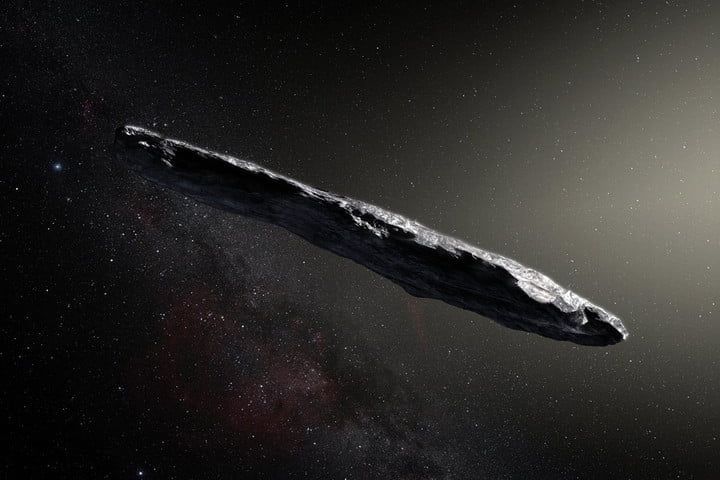 It sounds like the premise of a Michael Crichton techno-thriller or maybe a water-soaked James Cameron blockbuster in the spirit of The Abyss. But it isn’t. Astronomers at NASA believe that they really might have found water from another planetary system on an interstellar comet. If they’re correct, this would be the first time in human history that water hailing from another planetary system has been discovered within our solar system. That, as Anchorman’s Ron Burgundy might say, is kind of a big deal.
The story, at least from Earth’s point of view, began in late August this year. That’s when an amateur Ukrainian astronomer named Gennady Borisov discovered an interstellar object located near to the Gemini constellation, approximately 12,000 light years from Earth. Named 2I/Borisov after its discoverer, this comet (initially thought to an asteroid) is only the second interstellar object to ever be observed passing through our solar system. The first was ‘Oumuamua in 2017.
Bigger and brighter than ‘Oumuamua, Borisov will be observable for at least one year. It will come around 300 million km (about 186 million miles) closer to the sun in December, giving scientists an opportunity to observe it.