Not All Black Holes That Wander Are Lost | Eurasia Diary - ednews.net

Not All Black Holes That Wander Are Lost 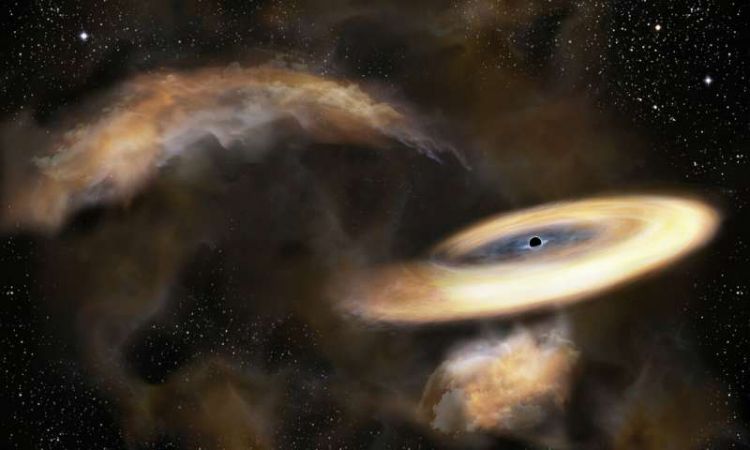 At the centre of the most massive galaxies resides a supermassive black hole around which everything rotates. Typically, these black holes are identified by measuring the velocity and shape of the orbits of a galaxy’s innermost stars as they rotate around its centre. However, this approach is less effective when we consider much lighter galaxies like dwarf galaxies. These galaxies are much fainter than their high mass counterparts so their stellar populations can’t be sufficiently resolved by current missions. Instead, a lot of recent work in the field focuses on identifying the energetic process a massive black hole undergoes when it accretes gas and dust, turning the central region of a galaxy into an active galactic nucleus (AGN). By identifying the incidence of AGN, a lower limit on the distribution of black holes in dwarf galaxies can be obtained. Today’s authors adopt this approach to further study their black hole population and produce some surprising results.
Constructing the Sample
AGN emit across the electromagnetic spectrum, but today’s authors decide to use centimetre radio emission, as they argue it isn’t as strongly extinguished by galactic dust. An initial sample of 43,707 dwarf galaxies were identified in the NASA-Sloan Atlas. To maximise the number of AGN detections, the authors first matched this dwarf galaxy sample to archive data from the Very Large Array (VLA). 111 matches were found in the VLA “Faint Image of the Radio Sky at Twenty Centimeters” survey within 5 arcseconds of the galaxy’s optical centre. These 111 objects were re-observed by the VLA in the A-configuration. In this configuration, the antenna dishes are spread out as widely as possible along each arm of the Y-shape to create a dish with an effective diameter of 22 miles; this allows the authors to take full advantage of the VLA’s high spatial resolution. From this, they were left with 35 dwarf galaxies containing 44 significant compact radio sources.
Accounting for Stellar Birth and Death
AGN are not the only objects that can produce compact and intense radio emission; this emission could also point to the births and deaths of stars. Before they could attribute these compact radio sources to AGN, the authors tried to remove the possibility of a stellar origin for the emission.
Areas of a galaxy where large amounts of star formation have taken place, known as HII regions, are dominated by ionised atomic hydrogen. These regions are typically identified by looking for signs of Bremsstrahlung (or braking radiation), emitted when a free electron is slowed down by interaction with the copious amounts of ionised hydrogen present. The authors model the observed compact radio emission as if produced by this process, from which they calculated a thermal star formation rate. Each galaxy also has a star formation rate taken from the NASA-Sloan Atlas, calculated using the dust-corrected ultraviolet light from the whole galaxy. The dark blue and red points in the left-hand panel of Figure 1 highlight the 20 radio sources found to have thermal star formation rates that are much larger than the star formation rates from the NASA-Sloan Atlas. It doesn’t make sense for a subsection of a galaxy to be producing more stars than are being produced in the whole of the galaxy, so the authors can rule out star formation causing emission observed in these 20 radio sources.