Russian scientists have found a major weakness of the coronavirus
Read: 652 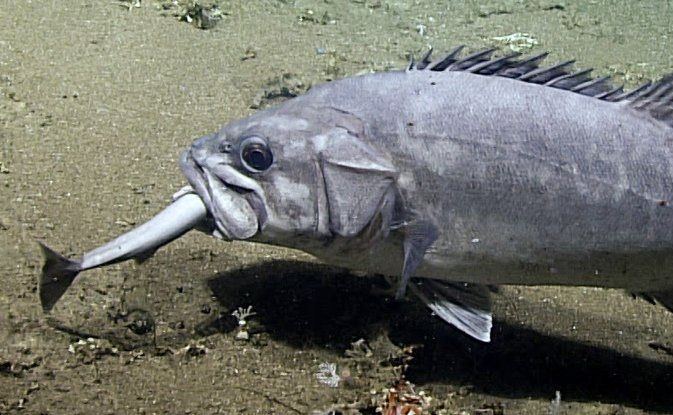 Feasts are rare on the barren landscape of the ocean depths. So researchers couldn't believe their luck when they stumbled on a feeding frenzy of deep-sea sharks chowing down on a fallen swordfish off the US coast earlier this year, Eurasia Diary reports citing Science Alert.

But they never imagined they would also capture footage of one of those sharks becoming the prey for another deep-sea creature.

With their rover hovering nearby, a late arrival took advantage of the submersible's shadow. Nobody might blame a wary fish for holding back while ravenous sharks feed, but this heavyweight had plans to turn one of the diners into its dinner.

A video posted by the US National Oceanic and Atmospheric Administration (NOAA) shows the aftermath of the ambush by a hungry wreckfish. You can watch it for yourself in the clip below, with shark lunch being served at around 1:42.

While scouting for the wreck of the oil tanker SS Bloody Marsh, NOAA's remotely operated vehicle Deep Discoverer chanced upon the remains of a 2.5 metre (8 ft) long swordfish being chewed on by nearly a dozen deep-sea sharks.