Trump claims Russia created hypersonic missile after receiving info about it from US
Read: 382 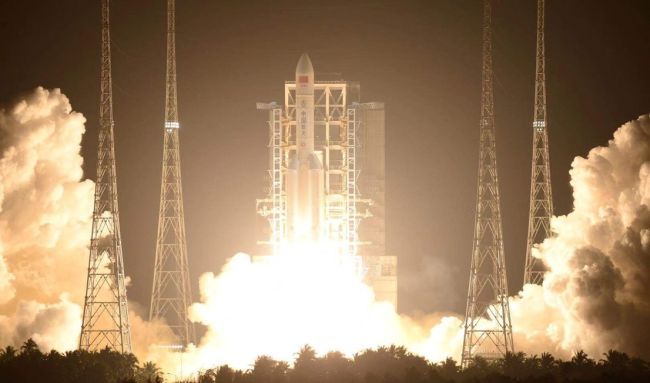 China's biggest rocket, the Long March 5, returned to flight for the first time since a 2017 failure Friday (Dec. 27) in a dazzling nighttime launch for the Chinese space programç Eurasia Diary reports citing Space.com.

The Long March 5 Y3 rocket lifted off at 8:45 p.m. Beijing Time carrying the experimental Shijian 20 communications satellite into a geosynchronous orbit. The satellite, which weighs a reported 8 metric tons, is China's heaviest and most advanced satellite to date, according to state media reports.

The Long March 5 is an essential booster for China's space ambitions. The heavy-lift booster will be the one to launch China's space station modules into orbit, as well as a Mars lander in 2020 and the Chang'e 5 moon sample-return mission.

China is also expected to use a version of the Long March 5, called the Long March 5B, to launch a new crewed spacecraft — the successor to its current Shenzhou crew capsule.

The Shijian 20 satellite (its name means "Practice") is designed to be a high-throughput communications satellite "capable of delivering 1 Tbps [1 terabute per second] bandwidth for ultrafast speeds," Chinese space officials said according to the state-run Xinhua news agency.

Shijian 20 is also expected to test a laser communications payload for future missions, as well as new ion thrusters for propulsion.