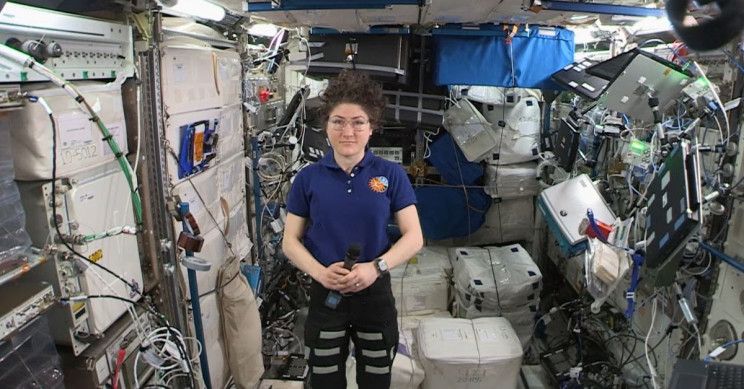 Astronaut Christina Koch has had quite the year. In 2019, the American engineer broke no less than two records: the first, along with friend and colleague Jessica Meir, for an all-female space walk, and the second, just days before the new year, for the longest single spaceflight by a woman, Eurasia Diary reports citing Science Alert.

She marked her 289th continuous day in space on Saturday. And no one could be more excited for Koch than retired astronaut Peggy Whitson, who previously held the record at 288 days.

"Records are made to be broken," Whitson tweeted on the weekend, "it is a sign of progress!"

On Friday, in an interview with CBS This Morning, Koch was filled with equal gratitude toward her predecessor, who, more than five years ago, took the time to attend Koch's first-ever spacewalk training.

"Peggy is a heroine of mine who's also been kind enough to mentor me through the years," she said in the interview. "You know … it's not so much how many days you're up here, but what you do with each of those days. That reminds me to bring my best every single day."

And Koch still has plenty more of those days to go. She's not scheduled to return home until February 2020, and by that time, she will have spent a total of 328 days in space, just 12 days short of retired astronaut Mark Kelly's single-flight record for an American astronaut.

If all goes to plan, during her time in orbit, Koch will have completed six space walks, filled her camera with breathtaking photographs, and carried out numerous experiments for NASA.

She says she is honoured to be in Whitson's company, who, at 665 days, 22 hours and 22 minutes still holds the US record for the longest total amount of time spent in space by any NASA astronaut.

"I think it's inspiring because future space explorers do need to see people that remind them of themselves to kind of bring that inspiration home," she told CBS.

"But overall," she added, "I'd have to say that my number one hope for this milestone is that the record is exceeded again as soon as possible.

"Because that means that we're continuing to push the boundaries."