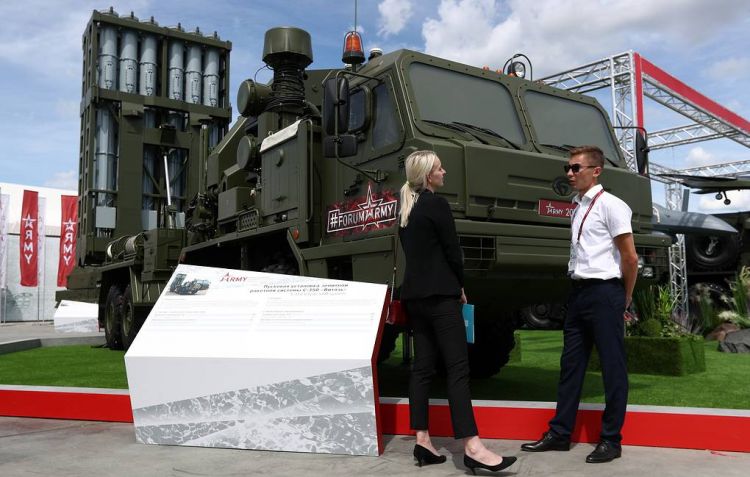 ‘In 2019, the Aerospace Force received its first batch of the latest S-350 ‘Vityaz’ anti-aircraft missile system, which will arrive at its permanent station in January 2020," the press office said in a statement.

"In 2019, the S-400 anti-aircraft missile systems and Pantsir-S surface-to-air missile-gun complexes were delivered to air defense units stationed in the Leningrad Region and in the Arctic area," the ministry said.

Chief of the Zhukov Aerospace Defense Military Academy Lieutenant-General Vladimir Lyaporov said at the Defense Ministry’s conference call on December 27 that Russia’s Aerospace Force would be reinforced with 12 battalions of the latest S-350 anti-aircraft missile systems in 2021-2027.

"We are completing the process of receiving the first S-350 surface-to-air missile system for the training center of the Aerospace Defense Military Academy to train the combat teams of the regiments undergoing rearmament. Overall, 12 battalions of these systems will enter service within five anti-aircraft missile regiments in 2021-2027," the general said.

The deployment of S-350 systems will boost the efficiency of fighting cruise missiles by 2-2.5 times, he stressed.

In late March this year, the Almaz-Antey defense manufacturer completed the state tests of the new S-350 ‘Vityaz’ anti-aircraft missile system intended to replace S-300PS surface-to-air missile complexes in the Russian troops. Simultaneously, the first set of this system went into serial production. In December, the Russian troops received the first set of the S-350 ‘Vityaz.’

The S-350 ‘Vityaz’ surface-to-air missile system has been developed by the Almaz-Antey defense manufacturer for battlefield air defense and is capable of striking targets within a maximum radius of 60 km and at a maximum altitude of 30 km. The S-350 is designated to fight both aerodynamic and ballistic targets. An S-350 launcher carries 12 surface-to-air missiles.