Russian mission to Mars and the quest for ‘new physics’ | Eurasia Diary - ednews.net

Russian mission to Mars and the quest for ‘new physics’ 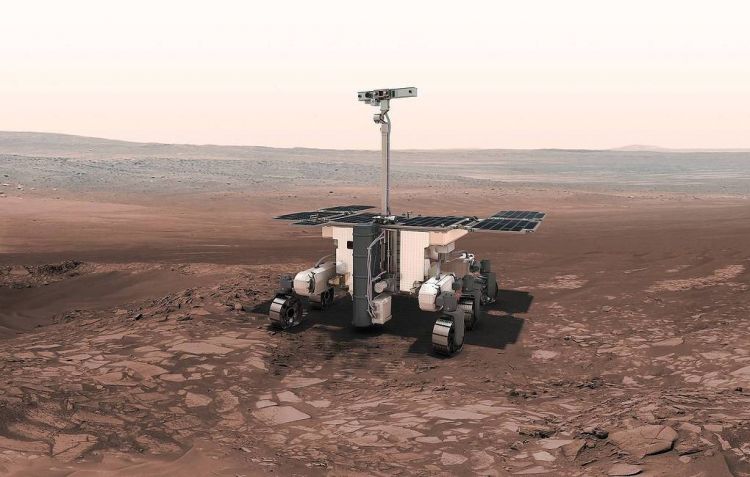 The outgoing year of 2019 has brought many important scientific discoveries. Astronomers obtained the first images of the shadow cast by the event horizon of a supermassive black hole; genetic studies revealed what the ancient Denisovans (Denisova hominins) looked like; and Russian archaeologists discovered the burial site of four Scythian female warriors in the Middle Don basin. Below is TASS' outlook of the scientific prospects that we can look forward to for 2020.

The photograph of the supermassive black hole in the center of the M87 galaxy, revealed to the public by the Event Horizons Telescope (EHT) team in April 2019, was lauded as the year’s main discovery by Science, Physics World and other reputed scientific magazines. Those images have become the biggest and the most remotely located ‘monument’ to Albert Einstein’s theory of relativity and as more proof of its viability.

However, the expectations were higher at the very outset of the study, as participants in this project initially planned to photograph the shadows cast by the event horizons of two supermassive black holes, the other one being Sgr A* (or Sagittarius A*) that lies in the center of our own galaxy, the Milky Way.

According to one of the project’s participants, visiting professor from the Moscow Institute of Physics and Technology Andrei Lobanov, information on Sgr A* was indeed obtained in the course of the EHT (Event Horizon Telescope) research, but was not published since it was lower quality. In his words, scientists decided to re-check the information and remove irrelevant data.

In his words, the first photographs of the Sgr A* shadow will be published soon by a renowned scientific magazine. Besides, 11 observatories that take part in the EHT project will begin a new session of observing Sgr A* and M87 in the hope of obtaining higher quality images. Scientists hope that as their observation capacities grow, they will get a chance to track the structural changes in the shadow of a black hole.

In pursuit of ‘new physics’

Apart from verifying Einstein’s theories, the scientists intend to continue researching ‘new physics,’ also known as Physics beyond the Standard Model (BSM). In 2020, the scientific community will look forward with great anticipation to the first results of the search for the so-called sterile neutrinos at Russia’s Baksan Neutrino Observatory (BNO).

Sterile neutrinos are a hypothetical fourth type of those elementary particles (after electron neutrino, muon neutrino, and tau neutrino), which does not fit into the Standard Model and suggests new, unknown physics. Scientists started taking them seriously after recent experiments, such as neutrino oscillation, which indicated in early 2000s that those particles have a non-zero mass.

Russia’s BEST (Baksan Experiment on Sterile Transitions) project recently joined those efforts, experimenting with a 51Cr artificial electron neutrino source to search for the transitions of electron neutrinos to sterile states on a very short baseline.

BEST’s main instrument is a giant reservoir of super-pure liquid gallium metal, installed last July in the Baksan Neutrino Observatory (BNO). The facility is located in a tunnel under the 4,000-meter tall Andyrchi mountain in Russia’s North Caucasus region of Kabardino-Balkaria.

This year, scientists expect to publish their preliminary data, gathered in the first months of BEST work. Although they are unlikely to have the final say in the matter of whether sterile neutrinos do exist, or challenge the results of the MiniBooNE experiment, yet their findings would help the global scientific community to make some progress in this direction.

Apart from searching for sterile neutrinos, the global scientific community will try to check the theory of the yet-undiscovered Fifth force, which complements the four observed fundamental forces in physics.

According to the standard model, there are four interactions that form the basis of all known interactions in nature: gravitational, electromagnetic, strong nuclear, and weak nuclear forces. Scientists from the Hungarian Academy of Sciences' Institute for Nuclear Research, based in Debrecen, hinted at the possibility of the Fifth force’s existence four years ago.

The Hungarian research team came to the conclusion after observing unusual behavior in unstable beryllium-8 nuclei which they received by firing protons at thin targets of lithium-7. The Beryllium-8 decayed and spat out pairs of electrons and positrons, but sometimes the decay process did not proceed as it should have done under the Standard Model. According to scientists, those abnormities were caused by the fifth fundamental force of nature that exists independently from the four ones already known.

The carrier of this force was named X17 boson. Recently, the Hungarian scientists conducted another series of experiments, in which they observed the same anomalous measurement results during experiments on stable helium atoms.

However, very different results were obtained by a group of Russian and European scientists who tried to find signs of the X17 particle during the NA64 experiment now run by CERN. Last year, they said they were unable to find this particle so far, but, at the same time, could not completely rule out the possibility of its existence.

According to Sergei Gninenko, an official representative of Project NA64, its participants and other CERN specialists are now updating their equipment and preparing to make new, more precise measurements to prove, or refute the findings of their Hungarian colleagues.

Among one of the last year’s most important scientific achievements, the scientific journal, Nature named Google’s announcement of its 'quantum supremacy' breakthrough achieved by its quantum computer 'Sycamore'.

Quantum supremacy is the goal of demonstrating that a programmable quantum device can solve a problem that classical computers practically cannot. In 2019, a research team led by John Martinis announced they had reached quantum supremacy by creating a chip that would perform a computational task in 200 seconds that would take a supercomputer about 10,000 years to complete.

However, not all researchers agreed to that. For example, IBM engineers said this task would take an ordinary supercomputer slightly less than three days if the algorithm and result storage methods were optimized.

Vadim Smelyansky, a member of the Martinis team, told TASS that he disagreed with IBM’s findings, which he described as premature. In his words, this statement was made before Google’s scientists published the full version of their article. According to him, the scientific community will come to a consensus on what quantum supremacy is and whether Google will attain it by 2020.

The world of molecular biology changed forever in November 2018, when Chinese scientist He Jiankui announced he had edited the human genome using the CRISPR/Cas9 protein and received first gene-edited babies, potentially resistant to the HIV virus.

The announcement was met with fierce objections and was hotly debated in the scientific community. In February 2019, the World Health Organization assembled a special commission to analyze the ethical aspect of the study and to create universally acceptable standards of editing the human genome for medical purposes. The organization suggested creating a database of planned experiments on human embryos and reproductive cells and obliging scientists to register their planned research in this domain with it.

Russia made an unexpected entry into the debate after Denis Rebrikov, a DNA specialist from the Russian National Research Medical University, announced that he was ready to carry out a similar experiment once he gets permission from Russian regulators and finds volunteers. The announcement triggered a huge backlash from the global and Russian scientific communities, which forced Rebrikov to change his plans and announce that in the course of his new experiment he would try to protect babies from congenital hearing loss by fixing a mutation in gene GJB2.

Later, the Russian biologist managed to find volunteers for the experiment, but Russia’s Health Ministry said it would not authorize it, because doing so "would be a premature and irresponsible move." However, Rebrikov has no plans to drop his research and hopes to persuade officials and colleagues to change their minds.

This year, two missions will begin their journey to Mars - Mars-2020 by the United States and ExoMars, a joint program of the European Space Agency (ESA) and Roscosmos. The mission will be launched by a Proton-M carrier rocket with a Briz-M booster from the Baikonur space center that Russia leases from Kazakhstan. The project seeks to study the surface of Mars, its atmosphere and climate.

Europe’s previous Mars missions, involving the Schiaparelli Entry, Descent and Landing Demonstrator Module (EDM) and the Beagle 2 Mars lander, proved to be unsuccessful. Beagle 2 landed safely, but contact with it could not be established, presumably as it failed to unfurl one of its solar batteries. The Schiaparelli EDM crashed in the final stages of its landing due to a software error.

According to the current plans of ESA and Roscosmos, Europe’s Rosalind Franklin rover and Russia’s Kazachok surface platform will depart for Mars this summer with the intention of landing on the surface of the Red Planet in March 2021. The US spacecraft will be launched in late July or early August and is expected to touch down on Mars in February 2021.

Both Rosalind Franklin and Kazachok are equipped with European and Russian scientific equipment for geological and chemical study. The main task of the Russian-European mission will be to look for potential signs of life. Scientists hope that studying soil and rock samples collected by the rovers would help find an answer to the important scientific question of whether life exists or has ever existed on Mars.