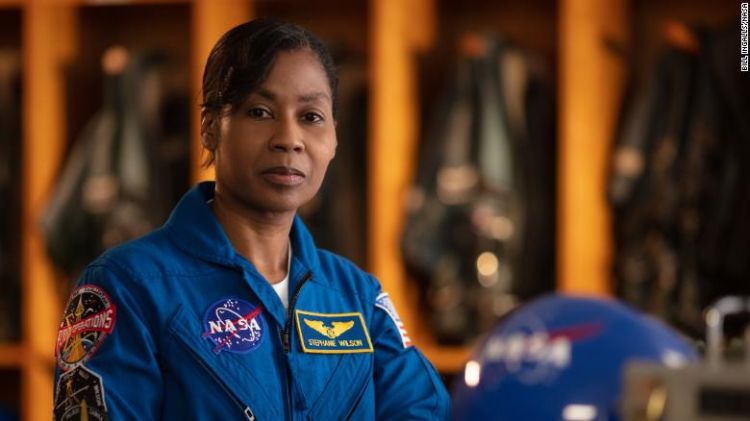 The second spacewalk in history to be conducted entirely by female astronauts got underway at the International Space Station on Wednesday morning, Eurasia Diary reports citing CNN.

NASA astronauts Jessica Meir and Christina Koch ventured out of the space station shortly before 7 a.m. Eastern Time for the first spacewalk of 2020. Their mission is to replace batteries on solar arrays on the outside of the ISS.
You can watch live here. Meir is wearing a spacesuit with red stripes and a helmet camera numbered 11, while Koch's suit doesn't have stripes and he helmet camera is numbered 18.
They are the same astronauts who made history after successfully completing the very first all-female spacewalk in October. That came months after a planned spacewalk with an all-women crew had to be canceled in March because of a lack of suitable spacesuits.
About a half hour into the spacewalk, Koch's helmet video camera system and lights came loose and the astronauts tried to reattach it to grooves on the helmet. Mission Control then advised them to stow it rather than waste time. At one point, the astronauts asked if the spacewalk would continue, given the lack of lighting for Koch.
"Good question and yes we will continue and try and keep you two together as much as possible," Mission Control replied.
"Great," one said. "Perfect," said the other. Earth was visible below.
"Just be careful," Mission Control told Koch. "You're missing that additional protection."
The problem put the mission, which is expected to last six and a half hours, around 30 minutes behind schedule.
NASA said that Meir and Koch would be replacing nickel-hydrogen batteries with new lithium-ion batteries that store power generated by the solar arrays on the ISS's port truss. They are scheduled to conduct a second spacewalk on Monday to finish the battery replacement. The space station is powered by solar arrays and four sets of batteries.
These will be the second and third spacewalks for Meir and the fifth and sixth for Koch.
Recently, Koch marked 300 days in space. Koch arrived on the International Space Station on March 14 for her first spaceflight mission. She is set to remain on the station until February 2020, which will make her time on the station the longest single spaceflight by a woman. Meir arrived on the space station for her first six-month mission at the beginning of October.
Koch and Meir are included in the list of 12 women that could be the first female astronaut on the moon in 2024.
As with the previous spacewalk, the female voice heard speaking to Meir and Koch belongs to NASA astronaut Stephanie Wilson. She's acting as CapCom, or Capsule Communication, at Johnson Space Center in Houston. CapCom is the astronaut who on Earth who communicates with crew members on the craft.
NASA astronaut Stephanie Wilson.
Wilson's voice is a familiar one for Koch and Meir. They all know each other well.
The first woman to conduct a spacewalk was Russian cosmonaut Svetlana Savitskaya in 1984, followed closely by NASA astronaut Kathy Sullivan. An additional 12 US women have conducted 40 spacewalks over the past 35 years. Koch and Meir were the 13th and 14th, respectively.
If the battery replacement work goes as planned, NASA astronaut Andrew Morgan and space station Commander Luca Parmitano from the European Space Agency will exit the station January 25, to finish installing the Alpha Magnetic Spectrometer's new cooling apparatus and lines begun in November and December, and verify they are ready for use.
The spectrometer is searching for dark matter and antimatter in the universe.
NASA said Wednesday's spacewalk is the 225th conducted at the International Space Station.