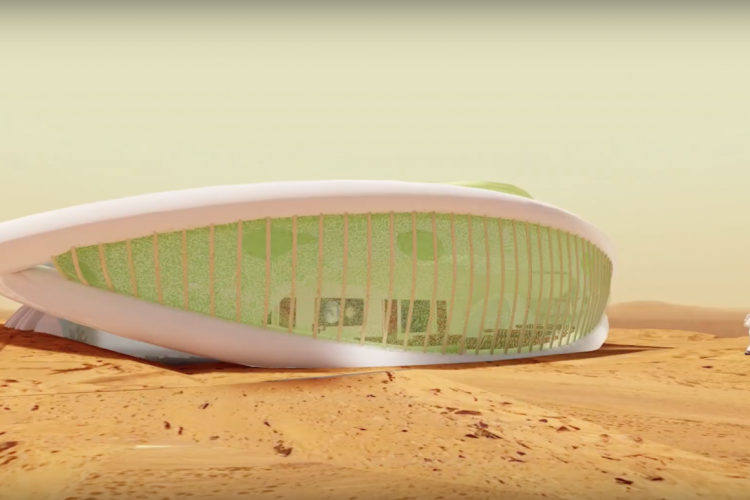 NASA is exploring the possibility that future inhabitants of the Moon and Mars, not to mention the Earth, may live in homes grown from fungus, Eurasia Diary reports citing News Atlas.

The myco-architecture project at NASA’s Ames Research Center in Silicon Valley may be in its infancy, but it’s being taken seriously by the space agency, granting funding from its Innovative Advanced Concepts program in 2018.

“Right now, traditional habitat designs for Mars are like a turtle – carrying our homes with us on our backs – a reliable plan, but with huge energy costs,” principle investigator Lynn Rothschild explains. “Instead, we can harness mycelia to grow these habitats ourselves when we get there.”

Though a basic lightweight structure is still needed, fungi, which would remain dormant en route to their destination, would be roused with water upon arrival. The fungi would then flesh out what was a mere structure into a functional human habitat.

Not only is the plan to grow homes and buildings, but the furniture and other items items inside them. In an early prototype from 2018, researchers grew a stool from fungi over the course of two weeks. Once the stool had grown sufficiently, it was baked as the final step in creating a clean, dry, functioning and (crucially) dead piece of furniture.

The key to the success of the projects is the fungi’s mycelia: the vegetative part that spreads as a colony of branching threads. Their presence underground is the cause of so-called fairy rings from which the more familiar, visible mushrooms grow. They’re capable of forming complex structures (like mushrooms themselves), and the team is researching how to harness that complexity to create different materials and structures.

Further, the researchers claim bricks made with mycelia, wood chips and yard waste compare favorable to reinforced concrete when bent and lumber when compressed, and make natural insulators and fire retardants.

The mycelia feed on cyanobacteria which harness the Sun’s energy to convert water and carbon dioxide into oxygen and matter which the fungus can consume.

Ultimately, the researchers envisage a three-tiered dome habitat. The inside layer is grown from mycelia , then baked, just like the prototype stool. The next layer out is made of cyanobacteria, and produces oxygen both from the mycelia, and the human colonists living within. Finally the outer layer is composed of a renewable layer of ice which protects the building from radiation while providing water to the cyanobacteria layer.

Crucially, the fungi is contained throughout to prevent contamination of the outside environment, though as a precaution, the researchers intend to genetically alter the mycelia to make them incapable of surviving outside.

Though the main goal is viable, liveable structures, mycelia has the theoretical potential for those structures to regulate humidity, provide bioluminescent lighting and even create buildings that heal themselves in the event of damage.

The researchers suggest that the technology may one day provide sustainable, affordable housing on Earth. NASA suggests that mycelia could also be harnessed for harvesting minerals from water filtration.