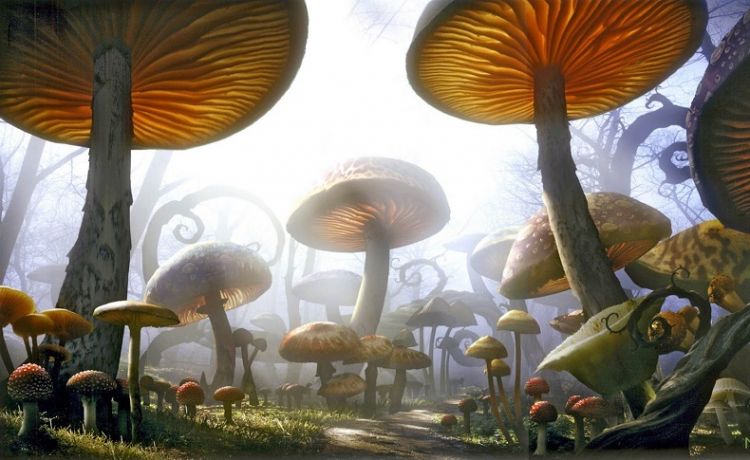 Imagine that you roll out of bed onto a living fungus floor. The walls and ceiling - heck, the whole apartment building, down to the plumbing and electrical systems - are made of fungus too.

Wood and concrete are remnants of the distant past; this entire city, from the schools to the stores to the hospitals, is made of living fungus - constantly growing, dying off and regenerating itself.

That's the vision laid out in a provocative new paper, which a team of European academics say is the first-ever exploration of living fungus' potential as a raw material for futuristic, eco-friendly "monolithic structures" that would, in their telling, revolutionize the entire built environment and economy.

"We propose to develop a structural substrate by using live fungal mycelium," reads the paper. "Fungal buildings will self-grow, build, and repair themselves."

The idea is a response to the prospect of catastrophic climate change. Growing our building materials from biological materials, the theory goes, would make construction less dependent on fossil fuels and environmentally-destructive mining operations.

"Fungal materials can have a wide variety of mechanical properties ranging from foam-like to wood-like to polymer-like to elastomer-like," Han Wösten, a microbiologist at The Netherlands' Utrecht University who co-authored the not-yet-peer-reviewed paper, told Futurism.

"The fact that we can make wood-like materials implies that we can use it for the building industry."

"This is really challenging, but a real opportunity to explore how buildings could grow, self-repair, adapt and disrupt conventional ways of building production by working with highly local resources and growing in-situ to minimize logistics and energy use in material production," said Phil Ayres, a co-author of the paper from the Royal Danish Academy of Fine Arts, "aiming towards a circular economy for construction."

The article was originally published in Science Alert.