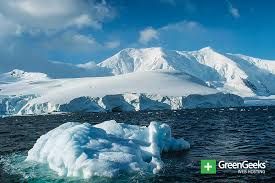 The U.N. weather agency said Friday that an Argentine research base on the northern tip of Antarctica is reporting a temperature that, if confirmed, could be a record high for the icy continent, Eurasia Diary reports citing Associate Press.

The WMO’s committee that draws on the agency’s weather and climate archives is now expected to verify whether the reading would amount to a new record.

“Everything we have seen thus far indicates a likely legitimate record but we will of course begin a formal evaluation of the record once we have full data from SMN and on the meteorological conditions surrounding the event,” said WMO’s Weather and Climate Extremes rapporteur, Randal Cerveny, referring to the acronym for Argentina’s weather service.

“The record appears to be likely associated (in the short term) with what we call a regional ‘foehn’ event over the area,” Cerveny said, defining it as a rapid warming of air coming down a slope or mountain.

WMO says the Antarctic Peninsula, on the continent’s northwest tip near South America, is among the fastest warming regions on Earth — at almost 3 degrees Celsius over the last half-century.

Some 87 percent of glaciers along the west coast of the peninsula have retreated over that 50-year span, with most showing “an accelerated retreat” over the last 12 years, WMO said.