One of 3 launches of Soyuz rocket from Kourou Space Centre postponed for 2021 | Eurasia Diary - ednews.net

Russian fighter jet shot down two additional US drones near Khmeimim air base in Syria
Read: 1514

Russia plans to expand its military bases in Syria
Read: 642 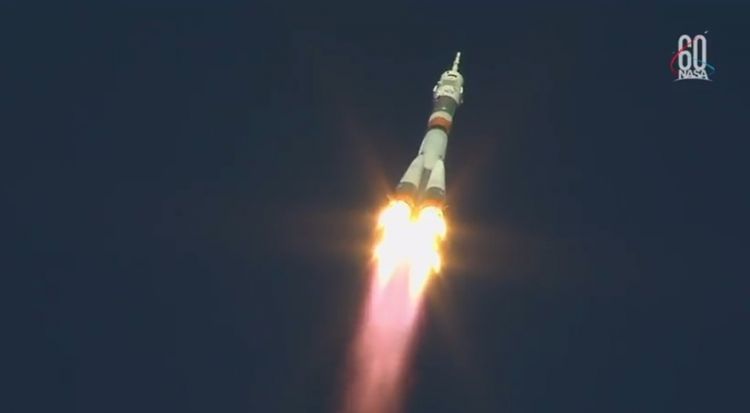 One of the three launches of Russia's Soyuz-ST rocket from the Kourou Space Centre in French Guiana, slated for 2020, has been postponed for 2021, while two other launches have been delayed for one month, EDNews.net reports citing Sputnik.

The December launch of Soyuz with two Galileo satellites was postponed for the next year", the source said without mentioning the reason for the postponement.

The source added that the launches of Falcon Eye-2 and CSO-2 satellites by the Soyuz rocket had been postponed for 1 October and 6 November respectively.

France's Arianespace space transportation company said in late April that launches from the Kourou Space Centre, which was closed due to the coronavirus pandemic, will resume in mid-June.

In April, another source in the rocket and space industry said that the launch of the Falcon Eye-2 satellite was scheduled for 15 September, and CSO-2 for 15 October; the blastoff of two European Galileo navigation satellites was preliminarily scheduled for 15 December.

In March, it was reported that the launch of a Soyuz rocket with the UAE satellite Falcon Eye-2 was scheduled for 14 April from Kourou and the blastoff with the French CSO-2 satellite was slated for the second half of May. Both launches were earlier delayed for a month due to a problem with the Fregat upper stage and later due to the COVID-19 pandemic.

Since 2011, there have been 23 Soyuz launches from the Kourou Space Centre in French Guiana.