Russian fighter jet shot down two additional US drones near Khmeimim air base in Syria
Read: 1468

Russia plans to expand its military bases in Syria
Read: 635

Last time sun was this quiet, earth had ice age 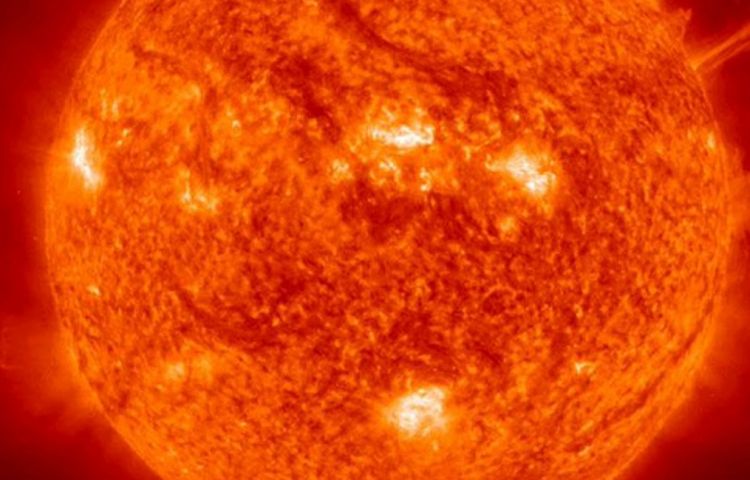 At the center of our solar system, the sun is a constant force keeping planets in orbit, providing Earth with just the right amount of light and warmth for life and even governing our daily schedules. While we're used to the sun rising and setting each day, the sun itself is incredibly dynamic, EDNews.net reports citing CNN.

And just like us, it goes through phases and changes. Over time, those changes in our star have become more predictable. Currently, it's going through a less active phase, called a solar minimum.

During the peak, the sun showcases more sunspots and solar flares.

In a solar minimum, the sun is much quieter, meaning less sunspots and energy.

Scientists at NASA say we're currently in a "Grand Solar Minimum." The last time this occurred was between 1650 and 1715, during what's known as the Little Ice Age in Earth's Northern Hemisphere, "when combination of cooling from volcanic aerosols and low solar activity produced lower surface temperatures," according to NASA's Global Climate Change blog.

But this solar minimum won't spark another ice age, they say. And that's likely due to climate change.

"The warming caused by the greenhouse gas emissions from the human burning of fossil fuels is six times greater than the possible decades-long cooling from a prolonged Grand Solar Minimum," they wrote.

"Even if a Grand Solar Minimum were to last a century, global temperatures would continue to warm. Because more factors than just variations in the Sun's output change global temperatures on Earth, the most dominant of those today being the warming coming from human-induced greenhouse gas emissions."

Scientists have known this solar minimum was coming because it's a regular aspect of the sun's cycle. Sunspots were peaking in 2014, with low points beginning in 2019, according to NASA.

The sun is also responsible for what's known as space weather, sending particles and cosmic rays streaming across our solar system. The sun's strongly magnetized sunspots release solar flares, which can send X-rays and ultraviolet radiation hurtling toward Earth.

Even when the sun is quiet during the solar minimum, it can be active in other ways, like coronal holes that open in the sun's atmosphere and send out blazing streams of energized particles flying through the solar system on rapid solar wind.

Much like solar flares, these streams of particles during a solar minimum can disrupt the communication and GPS we rely on from satellites.

"We see these holes throughout the solar cycle, but during solar minimum, they can last for a long time — six months or more," said Dean Pesnell, project scientist of the Solar Dynamics Observatory at NASA's Goddard Space Flight Center, in a 2017 NASA blog post.

More highly energetic particles called galactic cosmic rays can reach Earth, specifically its upper atmosphere, during a solar minimum. These are created by explosions across our Milky Way galaxy, like supernovae.

"During solar minimum, the sun's magnetic field weakens and provides less shielding from these cosmic rays," Pesnell said. "This can pose an increased threat to astronauts traveling through space."

This week, the NASA Sun & Space account shared this on Twitter amid concerns about the solar minimum. "The Sun goes through regular cycles of high & low activity. This cycle affects the frequency of space weather events, but it doesn't have a major effect on Earth's climate — even an extended minimum wouldn't have a significant effect on global temperature."

This solar minimum ends solar cycle 24. Early predictions estimated the peak of solar cycle 25 will occur in July 2025, according to the National Oceanic and Atmospheric Administration.

The solar cycle forecast is based on a NOAA and NASA co-chaired international panel. They agree that solar cycle 25 will be similar to cycle 24.